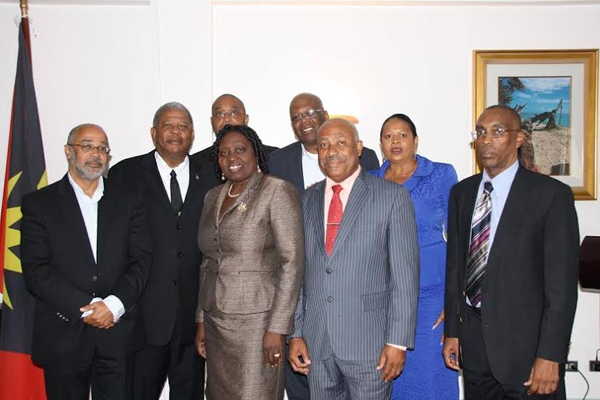 Basseterre, St. Kitts (CUOPM) – St. Kitts and Nevis’ Commissioner to the Organisation of Eastern Caribbean States (OECS), Her Excellency, Astona Browne says OECS Day, is important to reflect on the provisions of the new and revised Treaty of Basseterre and its Protocol that give effect to the removal of barriers to intra-regional travel, enable the movement of skills and labour that give effect to the Free Movement Regime.

In a message to mark OECS Day on Wednesday, Ambassador Browne noted that other provisions relate to the free circulation of goods that will facilitate regional trade through the removal of barriers between national markets in goods, services and factors of production with a view to increasing competitiveness and total output among the OECS.

“Indeed the objectives that guide the deepening and strengthening of the integration process are people centred and are designed to benefit the Region and its people as we endeavour to harmonise policies and programmes to attain our vision for sustained growth and development in economically turbulent times,” said Mrs. Browne.

Wednesday marked the 33rd anniversary of the first signing of the Treaty of Basseterre on 18th June 1981.

The purposes and functions of the said Treaty was to assist the Member States in the realization of their obligation and responsibilities to the international community with due regard to international law and the level of their relationship with other states and to harmonize foreign policy relations and to espouse common positions on international issues.

One of the main thrust of this Treaty was to promote economic integration among the Member States which was realized through the revised Treaty of Basseterre of January 2011, which established the OECS Economic Union which makes possible a single financial and economic space, allowing for the implementation of the free movement regime and the free circulation of goods and services.

The harmonization creates approaches to critical areas of cooperation such as trade, health, education, environment, agriculture, tourism and energy.

“As we commemorate this milestone event we reflect on the major accomplishments of regional integration which is a highlight of the initial intent of the Treaty that was signed 33 years ago,” said Commissioner Browne.

She added that “as a member of the OECS, the Federation of St. Kitts and Nevis has signed and ratified the new and revised Treaty which has paved the way for its citizens to be able to enjoy the rights and privileges of the Economic Union, envisioned in the 1981 Treaty of Basseterre.”

The Commissioner and Staff of the Regional Integration and Diaspora Unit in the Office of the Prime Minister of St. Kitts and Nevis, join with the other Member States of the OECS in wishing the citizens and residents of the Federation an enjoyable OECS Day.