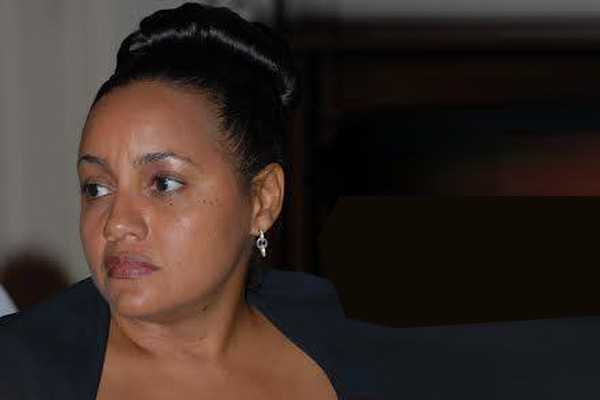 I consider it both an honour and a privilege to address the citizens and residents of St. Kitts and Nevis on this special occasion of International Women’s Day 2015, which is being celebrated globally under the dual themes of (a) Make It Happen! and (b) Empowering Women, Empowering Humanity: Picture It! I salute all women in our Federation for the critical role they continue to perform in our Nation’s development, be it at the family, social, cultural and/or economic level. Whatever the post, whatever the station, whatever the title attached to the contribution of women in this Country, I consider you all to be trail blazers and nation builders with a vast, exhaustive job description – for now and the long haul.

Women the world over are gathering on this International Women’s Day to acknowledge, to celebrate, to document, and to proclaim the role of women in global development. International recognition events this weekend will run the gamut of solidarity marches, web-based marketing using the International Women’s Day logo on websites, e-mail signature lines and WhatsApp® profiles, to donations to women’s charities, the staging of web-based seminars, to media broadcasts, and the donning of a purple-infused wardrobe to promote the urgent imperatives for justice and the dignity of women in a world where gender equality is still out of the reach of so many of our mothers, sisters, aunts, daughters, nieces, and female mentors, leaders and workers.

History would recall that the earliest Women’s Day observance was held on February 28, 1909 in New York, and was organised by the Socialist Party of America in recognition of a strike – in the previous year – by the International Ladies’ Garment Workers’ Union. However, it was not until March 19, 1911 that a decision was made to institutionalise an annual International Women’s Day, as a result of heavy European lobbying for equal rights, female suffrage, the right to hold public office, and protection of women against sexual violence.

We can all agree that over the past century there has been considerable improvement in the status and position of women, including the right to vote, to hold office in Government, to take up jobs in previously male-dominated roles, and the right and opportunity to access high-end educational and training opportunities. Unfortunately, however, it would be rather inaccurate to state that women have now come into their own, and are represented equally in terms of employment and wages, social standing, participation in Government and private sector leadership, and even in international agencies. As such, the fight must go on to ensure that women assume their rightful places in equal, meaningful partnership with our menfolk, in ALL areas of human endeavour.

In light of the growing realisation and intolerance of the under-representation and inequality of women in global development the now historic “Beijing World Conference on Women” was convened between September 4 and 15, 1995. The landmark convergence of 189 countries and some 4,000 civil society organisations attending the Conference resulted in the Beijing Declaration and Platform for Action, a roadmap of historic proportions that comprehensively outlined 12 Action Areas necessary for the improvement in the condition of women. These 12 Action Areas were:

International development agencies such as the United Nations, and international governments, civil society organisations, the private sector, and our religious and community groups have made considerable strides towards improving the condition of women in every one of these dozen areas. After 20 years, some lines of action have been more successful than others. Particular mention must be made of the global successes, including, but not limited to the following:

Sadly, our international scorecard of failure in the Beijing Declaration and Platform for Action is also blatantly obvious. One only needs to look at (1) the targeting of women and young girls by violent extremist groups in countries such as Nigeria; (2) the Taliban’s attempted assassination of the now famous Pakistani teenager and youngest Nobel Peace Prize winner, Malala Yousafzai, for daring to teach Pakistani girls how to read; and (3) the continuation of the brutal practice of female genital mutilation for tribal reasons, and one would realise that we still have many, many miles to travel, and many, many hills to climb before we can safely say that we have genuinely achieved equality for women.

Having looked at the international community, we also need to examine how we in St. Kitts and Nevis are doing in the area of gender equality for women. Our records indicate that our Federation has much to be proud of, and that our achievements outstrip the global condition of women in many respects. These milestones include:

There is still work to be done, however, in terms of ongoing public and private sector partnerships designed to achieve, among other goals, the following:

Consistently high effort must also be made in collaboration with agencies such as UN Women, the United Nations Development Programme (UNDP), the Pan American Health Organisation (PAHO) and the Organisation of American States (OAS), in order to ensure that such strategic partnerships will bring crucial development aid to state and Non-governmental agencies (NGOs) charged with the implementation of projects directed at the advancement of women. These and other initiatives are clearly outlined in my Government’s Team Unity manifesto. Among Team Unity’s eight-pronged approach to Gender Equality and the Advancement of Women are the following objectives:

Our Team Unity Government intends to deliver, as far as possible, on every one of these areas, in order for our women to walk into their God-given destiny of participating in our Country’s growth and development. I also give you my solemn pledge that although I am the only female voice in a predominantly male Cabinet I will fiercely advocate for all such gender equality initiatives for my sisters in this Nation, and for our baby girls yet unborn.

In his 2015 International Women’s Day Message, United Nations’ SecretaryGeneral, Ban Ki-moon, sends out a clarion call for the international community to take “a clear global stance against [the] total assault on women’s human rights.” He also admonished the UN Member States that every initiative designed to advance the cause of women must be supported by multiple resources. He said:

“…We must back up our resolve with resources based on the sure understanding that investments in gender equality generate economic progress, social and political inclusion and other benefits that, in turn, foster stability and human dignity.”

I could not agree more with Ban Ki-moon!

In similar fashion, the Executive Director of UN Women, Phumzile MlamboNgcuka, noted in her own 2015 International Women’s Day Address that when the needs of women and humanity are changed by collective effort the gains are tremendous and impactful. She noted:

“The evidence is overwhelming of the benefits that equality can bring. Economies grow, poverty is alleviated, health status climbs, and communities are more stable and resilient to environmental or humanitarian crises.”

According to Mrs Mlambo-Ngcuka, when such collective action is achieved the economic and political paradigms will likewise shift to reflect the desired overarching goal of gender parity.

In closing, I would like to emphatically state that International Women’s Day is a celebration for all women. It is also a celebration for all men – who could not make into life without the co-creative input of a woman. Let us look at celebrations such as International Women’s Day as not just a day set aside to honour women. International Women’s Day must be a movement: it must be a consistently focused mindset that says to every man, woman and child that our human condition, our current existence, our future and our opportunities are all tempered, tethered or liberated by the level of respect for, participation by, and genuine gender equality attained by women from all walks of life. There is no development without women. There is no prosperity or posterity without the involvement of women. It is my firm belief that ALL women must also resist the urge to sacrifice our femininity on the altar of women’s liberation and the perceived rights of women. There must, instead, be a delicate balance struck between gender equality for women and the pride and dignity that femininity affords – in comparison to the masculinity of our menfolk. At the end of it all, men and women need each other to survive – but such survival can only be engendered in an atmosphere of self-respect, self-worth, and self-love among our women, so that we can take our rightful places in the advancement of St. Kitts and Nevis and the wider international community.

May God richly bless every woman in the Federation of St. Kitts and Nevis on this International Women’s Day 2015!