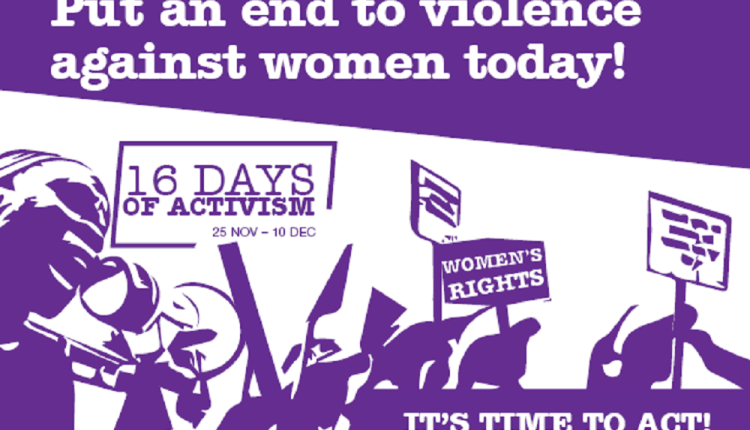 Official Address in Observance of 16 Days of Activism Against Gender-Based Violence Against Women & Girls by Junior Minister with responsibility for Gender Affairs, Hon. Isalean Phillip

Fellow citizens, residents, listeners, viewers and friends, today marks the launch of the annual world-renowned 16-Day Campaign on activism against gender–based violence against women and girls. Every year from November 25th to December 10th people around the world rally together to raise awareness and advocate for more decisive efforts to combat and end all forms of gender–based violence against women and girls.

Violence against women and girls is considered the most widespread and pervasive human rights violation worldwide. In fact, 1 in 3 women and girls have been affected by some form of physical, sexual, financial or emotional violence in their lives. Recent global estimates indicate that a woman or girl is killed by someone in her own family every 11 minutes. In the United States, it is estimated that women and girls are impacted by violence every 3 seconds.

Based on these statistics, the reality of gender–based violence is pervasive and has become far too commonplace. Moreover, the socioeconomic impact of the Covid-19 pandemic would have intensified domestic relations due to stay-at-home mandates that added to the stresses of job loss, economic hardships and new mental health challenges, which placed additional strains on spousal and domestic relations, thereby resulting in a significant increase in reports of domestic disputes and violence against women and girls. In St. Kitts alone, during the pandemic, reports of domestic violence increased by over 400%.

Evidently, gender–based violence has worsened. And violence against women and girls specifically, has become so normalized that verbal, physical and sexual harassment in public has increased along with individual apathy and nonchalance towards incidents of abuse in public.

In light of these concerning trends, the 16 days of activism campaign was originally initiated in 1991 by a group of activists at the inaugural Women’s Global Leadership Institute. Thereafter, the United Nations Secretary-General established the “UniTE by 2030 to End Violence Against Women” initiative. The UniTE movement seeks to increase global action on combatting the scourge of gender–based violence. The UniTE campaign calls each of us to action in a few ways, specifically, we should unite:

Launch activities for the 16-Day Campaign help to bring together advocates and activists working to end gender–based violence by making it a priority on political agendas. The global #MeToo movement was one such effort that helped to expose the prevalence of sexual harassment and violence against women, particularly in work environments.Today, the Ministry and Department of Social Development and Gender Affairs, along with local NGOs and CSOs join the global 16 days of activism campaign to remember victims who lost their lives to gender–based violence, to echo support to survivors and to raise awareness of the problem so we can work towards solutions that help to reduce incidents and change the culture of violence and abuse that exists.

The colour orange is the primary colour used to represent the 16 Days of Activism Against Gender–based Violence Campaign. Orange is used to symbolise the vision and mission of this global campaign which is to achieve a brighter future, free from violence against women and girls. As we work towards this goal, I encourage all of us to support activities being hosted in honour of the campaign from today until December 10th.

Tune in to panel discussions, join rallies, and invest time and resources into supporting and funding projects and programmes that work to educate the public and assist women and girls in need of safety. I also take this opportunity to remind the public that if you are in need of assistance or support you can use any of the following resources. For emergency response or to report incidents of domestic violence contact the Special Victims Unit at 662-7077; for information or social assistance support call Gender Affairs at 765-5492; for mental health support contact the National Counselling Centre at 465-5000.

Together we must take a stand to condemn gender–based violence in all forms and we must help each other to build healthy and positive relationships that are free from abuse and violence. This is vital for the development of nurturing families and strong communities. As always, I look forward to your support and thank you for listening.