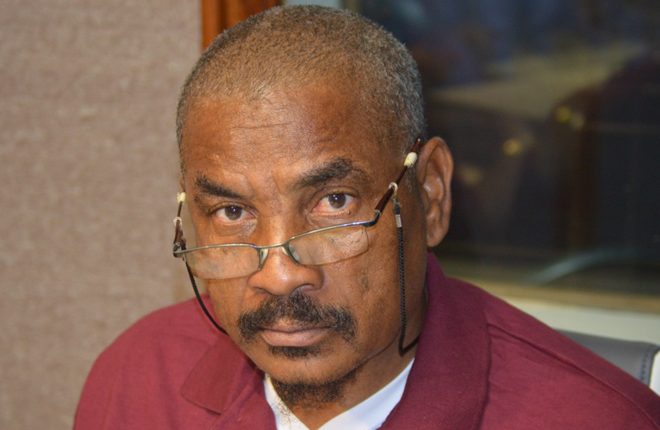 Officials promote the invaluable social impact of the STEP

Basseterre, St. Kitts, February 14, 2019 (SKNIS): The value of the Skills Training Empowerment Programme (STEP) should not just be measured in dollars and cents spent by the government, but it must also include the money saved by the government from unemployment benefits, direct social assistance and reduced criminal activities.

The point was made by STEP officials during the Wednesday, November 13 edition of the radio and television programme “Working for You.” The appearance was one activity in a series of events this week to mark the second anniversary of the STEP that was reorganized and rebranded in February 2017. The programme was previously known as the People’s Employment Programme and was also referred to as the People’s Empowerment Programme.

According to its website www.sknpep.com: “STEP seeks to empower participants by providing training to assist in the development of the requisite human resource capabilities and entrepreneurial skills, which will facilitate participants’ smooth integration into the workforce.”

Osbert DeSuza, Permanent Secretary in the Office of the Prime Minister, has responsibility for the skills training and work programme. He said that persons who question the existence of the programme should consider its social impact.

The permanent secretary added that officials want persons to enter the programme, acquire a skill and move on to be gainfully employed in the private or public sector. Some persons have been able to start a business to provide for themselves and their family, as well as create jobs for others.

Wendell Wattley, Director of STEP, noted that the interns make an invaluable contribution to the nation’s most precious resource – its people. Dozens of interns are assigned to early childhood institutions, as well as primary and secondary schools where they play a critical role educating children, assisting teachers or carrying out clerical duties. The STEP also provides valuable assistance to special needs organizations including the St. Kitts and Nevis Association of Persons with Disabilities, as well as ADE’s Place.

Mr. Wattley said it was important for persons to get a full understanding of the economic and social impact of STEP and the positive spin-offs that are generated. He added that closing the programme will create very “serious social issues” for the life of some 2,500 people.