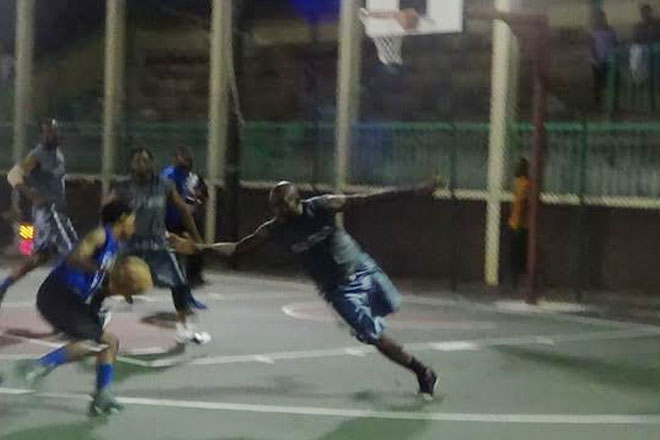 Old Skool defeat Central Stars and Students by one point

Sports Page — You would think that the seasoned teachers would teach the youthful students a lesson but on Tuesday night, it was the other way around.

Central Stars and Students (CSS), faced off with Old Skool in the NABA league at the Grell Hull-Stevens Netball Complex.

The Old Skool team, fresh from their exciting victory over the Bronx Crisis team on Sunday, probably did not expect such tough opposition from the CSS youths.

By the time they knew it, the determined school boys were leading, at one time by seven points.

In the final analysis, however, the Old Skool team dug deep and managed to pull off a thrilling victory by a mere one point.

Meanwhile, on that same evening, NEVLEC High Voltage and CG Massives, completed the final four minutes of a previously rain affected game, during the half time interval of the main match.