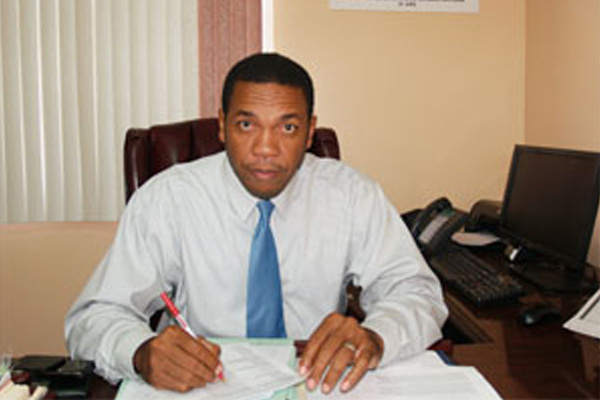 Older persons in focus once again

Basseterre, St. Kitts (SKNIS) — The ministry of Community and Social Development is, last week, continued its month long celebration of older persons under the theme “The future we want: What older persons are saying.”

Wednesday October 9th took a team from the Ministry into villages and communities along the western side of St. Kitts, where tribute was paid to a number of elderly men and women.

Social Assistance Supervisor Mrs Denise Byron-Morris, in visiting the home of ninety-eight year old Samuel Depusior of Challengers Village, described the effort as paying homage to the elderly for what we, younger persons now enjoy.

Constituency representative for the area, Minister Glen ‘Ghost’ Phillip was also on hand to commend Mr. Depusior for being a pillow in the Challengers and its neighbouring communities.

“I could recall those days when Mr Depusior had his truck, that was our transportation into Basseterre, whether it’s for school, whether it’s for work,” said Minister Phillip, “and not only that, when he got to Basseterre he transformed his truck into a truck that was used to provide goods, because in those days you didn’t have much wholesale transportation, and Mr. Depusior was responsible for bringing the rice, the flour, etc. to the people not only of this community, but all the way down to Sandy Point.”

Mr Depusior also received a plaque from the department for being the oldest person in the Challengers community at this time.

Ms Enid Hodge of Old Road village was also a person honoured on this occasion. With her assigned Home Care Officer Ms Bernadette Duncan bearing a bouquet of beautiful flowers and Social Assistance Officer for the area Mrs Evelyn Wigley-Browne on hand, Minister Glen Phillip congratulated Ms Hodge for her contribution to her community and her country.

A plaque also bearing this year’s theme was presented to the ninety-six year old community stalwart along with a bouquet of flowers.

In honouring Mrs Millicent Pedereaux of Verchild’s Village as part of this year’s proceedings, Minister Phillip again congratulated this older person and said she possessed two key ingredients needed to have come this far.

“Mrs Pedereaux, a stalwart of the Verchild’s community believes in her family, believes in God, and so these are two ingredients, I believe that have caused her to live this long.” “When we speak about longevity, it is very good for us to honour those persons for their contribution, for their commitment, not just to their community, but to their family.”

Mrs Pedereaux’s granddaughter Ms Miranda Pedereaux was also there to witness the giving and receiving of the plaque for the month of the elderly and the bouquet of fresh flowers from Community Development Department.

Middle Island’s honouree came in the person of Mr John Douglas. In spite of having lost one leg, Mr. Douglas, in receiving the department’s honour of a plaque and a bouquet of flowers, expressed thanks to God for keeping him alive.

Other honourees of the day included Mrs Irene Hamilton of Lambert’s Village, Ms Anne Welsh of Half Way Tree and Mr James Caines of New Guinea.