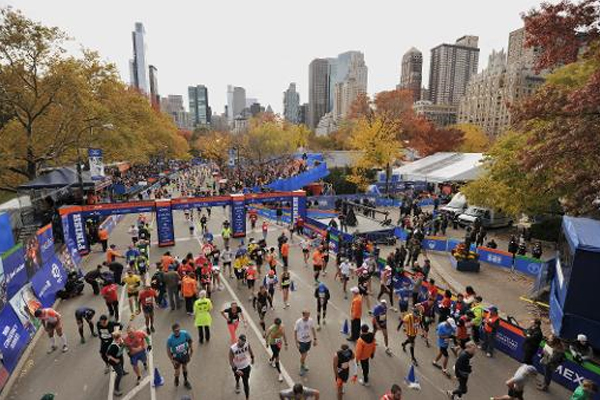 Around mile 20 of the 26.2-mile marathon, at close to 5 p.m., Johnson fell and hit her head, Graffis said. She was brought to the first aid tent, where responders suggested that she go to the hospital.

Graffis said that her mother — who was able to speak coherently and with a clear head — continued on, more determined than ever to finish the run.

Johnson finished with a time of 07:57:41, according to Chris Weiller, a spokesman for the New York Road Runners, the organization that puts on the marathon.

The following morning she ventured to NBC’s “Today Show” with her sister, Faith Anderson, to talk to Al Roker, whom she called “her buddy” after more than a decade of yearly appearances on the show.

After her visit to the Rockefeller Center, Johnson headed back to the Roosevelt Hotel to rest. Around 3 p.m., her sister was not able to wake her up.

It is unclear what the exact cause of death was.