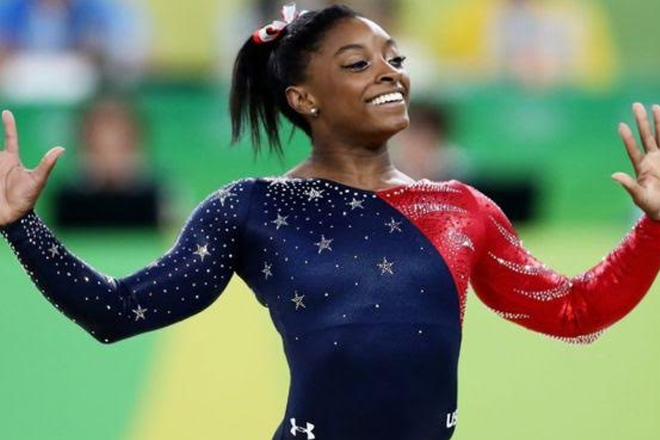 An Olympics commentator has been criticised after suggesting US gymnast Simone Biles’s adoptive mother and father were not really her parents.