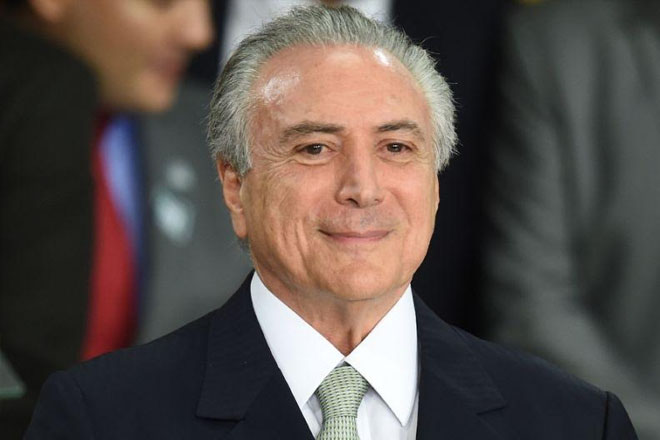 On Tuesday Michel Temer, Interim President of Brazil issued a statement regarding the country’s readiness to host the 2016 Olympic Games

The statement is as follows:

Today, exactly thirty days before the world’s greatest sporting event is scheduled to begin, Brazil can say with confidence: we are ready to host the first Olympic and Paralympic Games to take place in South America.

The Olympic Village, housing more than 17,000 participating athletes in one of Rio de Janeiro’s most beautiful settings, has just been inaugurated. All sports facilities, especially those serving the Olympic Park in the Barra da Tijuca neighborhood, are also up and ready.

The country has put together a solid security program of 85,000 federal, state, and municipal government personnel to ensure that sporting events take place in an atmosphere of absolute peace and tranquillity. This contingent of security personnel will work in an integrated fashion, overseeing the protection of athletes, coaching staffs, heads of state, government officials, local residents, and journalists.

This will not be Brazil’s first opportunity to show the world its capacity for organization, and to welcome visitors warmly to a secure environment. Over the past few years, our country has developed an expertise in hosting mega- events on an international scale. We hosted the World Cup, the Pan-American Games, the World Military Games, World Youth Day, and the Confederations

Cup—all unanimous successes, which we conducted in a spirit of excellence, dedication and with the characteristic Brazilian joie de vivre. And now, another success is on its way. The Games will show the world one of the major global economies at work in a mature democracy: a country with great business potential that at the same time has set the standard for policies to fight inequality.

Rio de Janeiro is expected to receive approximately 500,000 visitors from Brazil and abroad during the Games, while the five “Soccer Cities”—São Paulo, Salvador, Manaus, Brasília and Belo Horizonte—will also find themselves inundated with local and foreign fans.

Hosting events on this scale represents both a momentous accomplishment for the Brazilian people and a source of immense national pride.

It should be emphasized that 60 percent, 7.07 billion reais, of the total investment in the Olympic facilities were financed by the private sector. These resources and efforts will remain as legacies to the entire country.

For instance, the Games will disseminate throughout Brazil the hallmark values of competitive sports: cooperation, solidarity, discipline, and resiliency. As a more concrete benefit, Brazilians throughout the country’s five geographic regions will also inherit a national sports training network of world-class facilities for both sports beginners and high-performance athletes. Finally, in Rio de Janeiro, the Games have greatly influenced the implementation of public policy, causing the city to fast track, expand and even initiate many municipal infrastructure and mobility projects. The direct, favorable impact of these policies on the quality of life of the city’s residents is evident.

Over the past few weeks, rumor of the possibility of an outbreak of topical-disease during the Games has circulated. We can assure you—as has the World Health Organization—that the risk of Zika infection during the Games is practically non-existent. Historically, an extremely low incidence of disease transmitted by the Aedes Aegypti has been recorded during the winter season in the Southern Hemisphere.

Indeed, there has been a dramatic decline in cases of Zika infection in Rio de Janeiro and throughout Brazil in the past few weeks. I recall a similar prediction of epidemic during the 2014 World Cup tournament in Brazil, when we hosted 1.4 million foreign visitors. No epidemic occurred.

Then as now, tourists can be assured of favorable health conditions during the Olympic Games.

Brazil is ready to receive all of the visitors who will be enjoying the pleasure of watching the world’s elite international sports athletes compete, and, surely, we will have a great deal to show the five billion viewers from around the world who will be watching the Games as well.

Brazil awaits you with open arms.