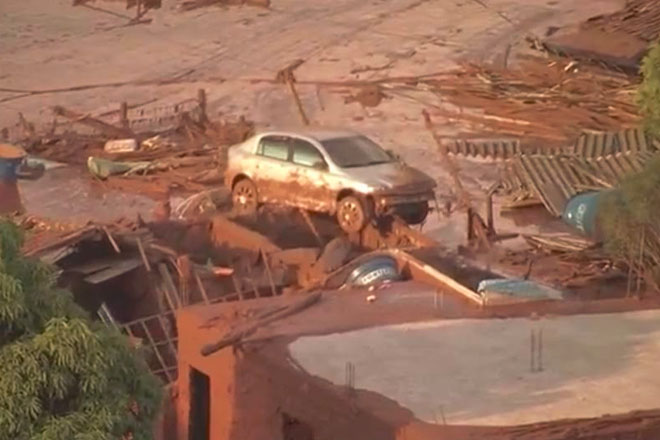 One dead in Samarco Iron Ore Mine Dam burst near Mariana

One person has died and more are feared dead, after a dam holding back water from an iron ore mine burst near Mariana, Brazil.

Rivers of thick red mud surged down the valleys of the hilly area outside the old colonial city, engulfing cars and lorries.

A spokesman for the Samarco Mining Company, which owns the dam, said the cause of the breach was not yet known.