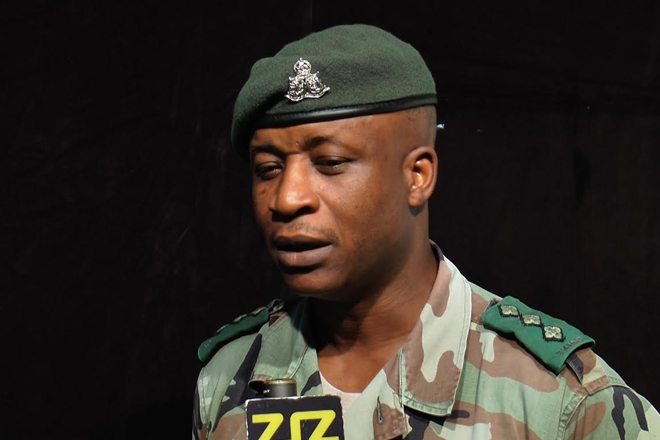 One M4 Rifle Recovered, One Man In Custody

(ZIZ News) — The police force is investigating the theft of a rifle at the St. Kitts Nevis Defence Force.

Investigations revealed that Rionelle Nisbett of Lower Cayon was arrested and charged for larceny after reportedly stealing one M4 rifle from The Defence Force property between the 13th and 14th August.

ZIZ spoke with Public Affairs Officer for the St. Kitts Nevis Defence Force, Captain Kayode Sutton who said the incident was dealt with according to the force’s procedures.

“First of all I must say that the situation concerning an ex soldier was dealt with according to procedures within the Defence Force. Currently the situation is with the Police for further investigations”, he said.

Captain Sutton stressed that occurrences like this are rare.

He also noted that in this case, persons must be held accountable to stop repeat offenders.

He said in instances like these, the Defence Force will continue to assist police force in ensuring the safety and security of the Federation.

The M4 carbine rifle is heavily used by the armed forces and combat units as a primary infantry weapon.

The M4 rifle has since been recovered by police.

However, the Police Force has not revealed where the rifle was recovered due to an ongoing investigation.