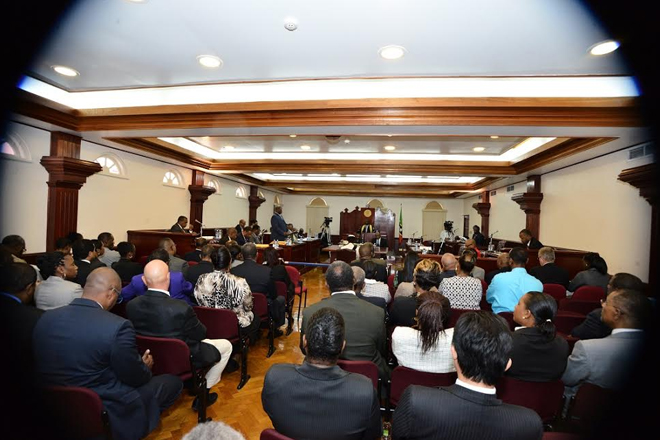 (ZIZ News) — One new piece of legislation and amendments to several bills will be on the agenda when members of Parliament meet for the next sitting of National Assembly on Tuesday at 10 am at Government Headquarters.

Prime Minister, Dr. the Hon Timothy Harris will introduce and have read a first time the Advanced Passenger Information Bill.

The Advanced Passenger Information Bill is a bill to facilitate the provision of advance information relating to passengers and crew members of an aircraft or vessel. It also covers the sharing of information with other states with a view to identifying the persons who may pose risks to security.

Under public business, the Honourable Prime Minister will move the second reading of BAICO (Plan of Arrangement) Bill, and an amendment to the Passport and Travel Documents Bill.

Attorney General the Honourable Vincent Byron, will introduce and have read a first and second time an amendment to the Administration of Small Estates Bill, 2016.