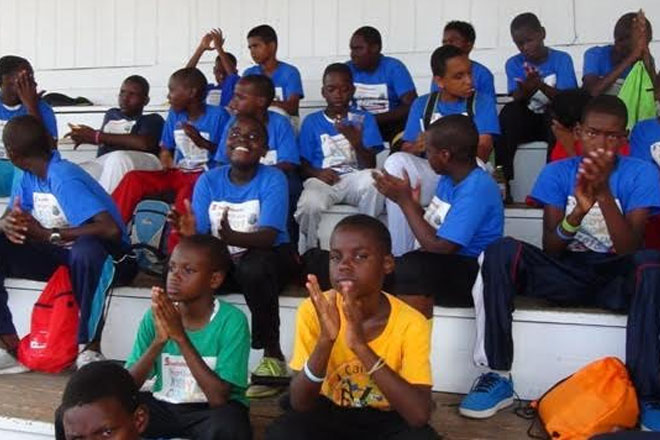 Sports Page — Two matches and an official closing ceremony, effectively brought to a fitting climax, the one week Kiddies’ Cricket camp sponsored by the Bank of Nova Scotia and hosted by the West Indies Cricket Board (WICB).

The ceremony was chaired by Leeward Islands Territorial Development Officer, Mr. Junie Mitchum who noted that the budding young cricketers would have been taught the basics of the game and also taught some mental aspects as well.

He challenged them to enroll in one of the grass roots programs on the island and opined that many of them would eventually make it into the various age categories of teams representing the island.

Mr. Carl Tuckett then presented the youngsters with their certificates and he was assisted by Coaches Derek Parry and Livingstone Lawrence.

The most outstanding individuals during the camp were listed as follows: