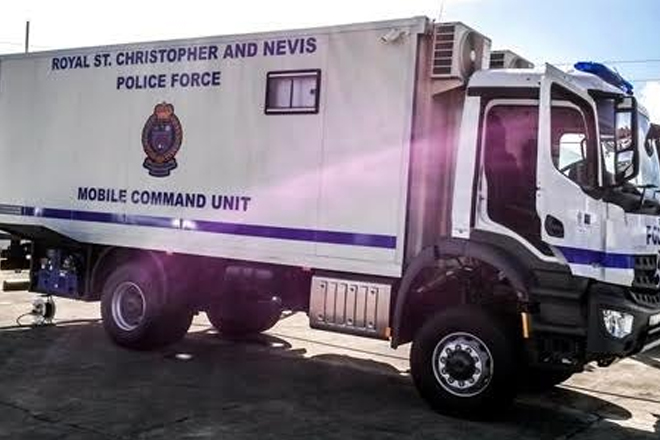 Combined Search Operations continued in several communities on St. Kitts and Nevis over the past weekend. Teams from the Special Services Unit (SSU), the Anti-Drug Unit, the Defence Force and Her Majesty’s Customs and Excise Department executed ten (10) search warrants on properties in Molineux, Shadwell and St. Peter’s.

Vehicular Check Points, and personal stop and searches were conducted on both islands.

To support the increased operations, the Mobile Command Unit has been fully deployed and is currently in the Cayon area.

The searches are conducted as part of the ongoing Police efforts to reduce crime and the fear of crime in our communities by the removal of controlled drugs, illegal firearms, ammunition and other articles that can used in the commission of a crime.

Head of the Nevis Division, Supt. Hilroy Brandy said, “The intensified efforts by our officers will make a significant difference to the safety of our communities.” He added, “We want to see a reduction in gun related crimes, and we are committed to doing our part. I encourage our communities to partner with the Police, together we will make a difference.”

Inspector Adolph Adams, Head of the SSU, noted that the communities are welcoming the Police presence. He said, “the teams, SSU, Anti-Drug Unit and the members of the Defence Force, and “Customs” are building stronger bonds through these Operations. “Having the collective goal, that of keeping our communities safe has brought us together, and we have over the last week seen our teams strengthen. That will be good for future Operations,” said the SSU Head.