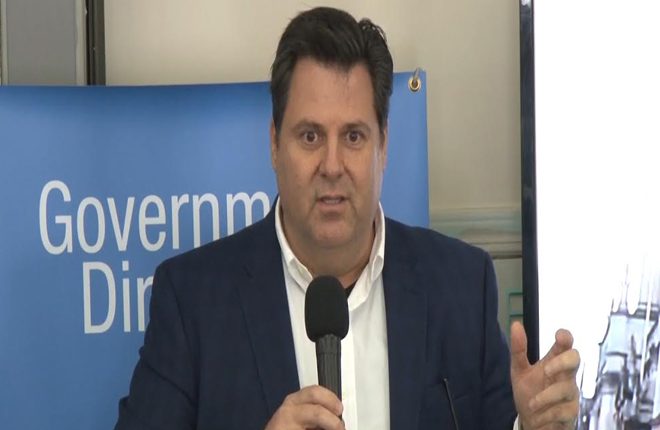 (ZIZ News) — Founder of Open Interactive, Adam Anderson has commended the government of St. Kitts-Nevis for adapting a modern approach to leadership after launching an additional 5 applications (apps) on its E-Government portal.

Anderson made the statements while speaking at the recently held E-Government Mobile Applications launch ceremony at OTI on Wednesday.

“Everything that evolves and grows and needs nurturing must be lead by a government with vision. So Prime Minister Harris, Attorney General Byron and all the ministers of government who understand how important it is that our youth have access to technology , their ideas and creativity that they have has a place and space to grow is a phenomenal achievement as ICT’s are actually leading in St. Kitts now and the region. You deserve a round of applause”, Anderson expressed.

The government of St. Kitts-Nevis officially launched the Information And Communication Technologies (ICT) governance board or E- Government portal on Thursday February 18 2016.

The newly launched apps include the SKN Shopper app, the SKNIS (St. Kitts and Nevis Information Service) app, the Report A Crime app, a Government Directory app and an Events app.