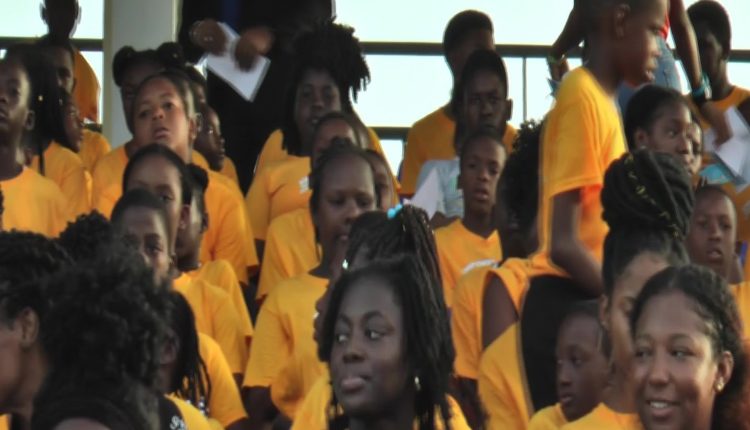 Opening Ceremony to Launch 30th Anniversary of the U.N Convention on the Rights of the Child Held at Warner Park

Basseterre, St. Kitts, July 25, 2019 (ZIZ News): An opening ceremony was held to launch  the  30th Anniversary of the UN Convention  on the Rights of the Child at the Warner Park Cricket Stadium on Tuesday night.

During the opening ceremony, Deputy Representative for the UNICEF office for the Eastern Caribbean Muriel Malfico said she is pleased to see ST. Kitts leading in the fight for the Rights of the Child.

She also thanked the Government of St. Kitts and Nevis as well as all in attendance for supporting the cause.

Throughout the ceremony, children showcased their talents and shared their experiences to the viewing audience.

There were several cultural performances by local Masquerade and Bull troupes.

They were also given the opportunity to share their views on topic of Child Protection.

The  30th Anniversary of the UN Convention  on the Rights of the Child was celebrated under the theme, “For every child, every right.”