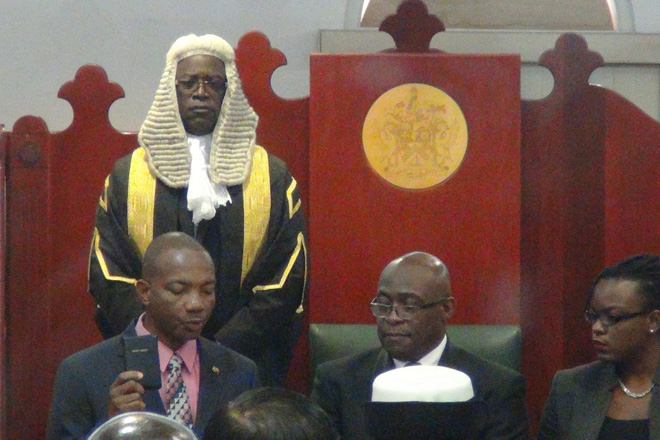 (ZIZ News) — It was a historic occasion today [Thursday] as St. Kitts and Nevis witnessed the opening of National Assembly under the Team UNITY-led government.

The event began with a Guard of Honour made up of members of the St. Kitts-Nevis Defence Force and the Royal St. Christopher and Nevis Police Force.

One by one, the ministers of government arrived to the cheers of the crowd and made their way into the Assembly Chambers.

The session consisted mainly of the election of various parliamentary officials.

Members of the National Assembly elected Franklin Brand as Speaker of House and Senator A. Michael Perkins as Deputy Speaker.

This was followed by the administering of the oaths to members of parliament and the delivery of the of the throne speech by the Governor General’s Deputy, Tapley Seaton Q.C.

Earlier, Prime Minister Hon. Dr. Timothy Harris invited persons to be part of the occasion. Special seating was set up in Government Headquarters and large screens broadcast the event to the crowd.

ZIZ Broadcasting Corporation brought live coverage of the event on radio, television, and online at www.zizonline.com.