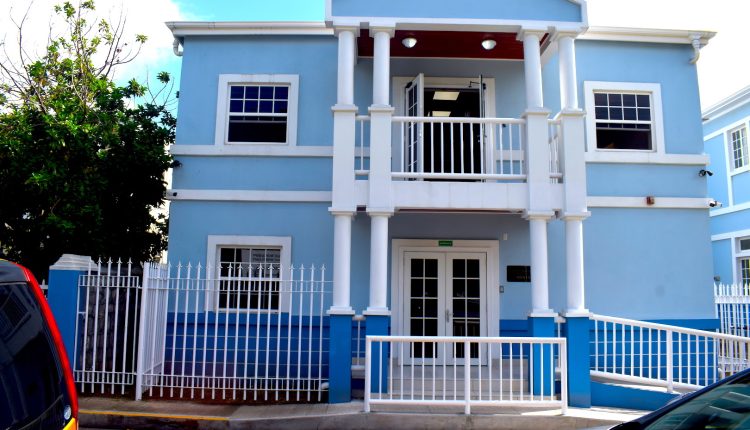 Opening Of The Sir S.W. Tapley Seaton Annex Will Further Expedite The Delivery Of Justice In St. Kitts And Nevis

BASSETERRE, St. Kitts, December 15, 2021 (Press Unit in the Office of the Prime Minister) – With the opening of the new Sir S.W. Tapley Seaton Annex at East Independence Square Street, the Government of St. Kitts and Nevis has once again demonstrated its commitment to the swift delivery of justice for the people, in a country that already ranks well on the World Justice Project Rule of Law Index.

“If the Government of the day does not provide the facilities and equipment needed, then we only hamper the legal practitioners who are seeking to support our citizens and residents who seek justice. And without available chambers, excessive delays can place a cloud of uncertainty over our citizens’ lives, and in the worst-case discourage them from seeking recourse to the law,” said Prime Minister Dr. the Honourable Timothy Harris during the official opening of the Annex on Tuesday, December 14, 2021.

The new Annex is named in honor of His Excellency Sir S.W. Tapley Seaton, the first Attorney General for an independent St. Kitts and Nevis and the Federation’s current Governor-General.

Prime Minister Harris said the Annex will be occupied by several key facilities, including a third Magistrate’s Court Chamber that will serve the people in two ways.

“It will cater primarily to ‘in camera’ juvenile matters. I would hope that no young person ever has to pass through the legal system. However, we can all agree that, when necessary, minors should be processed as efficiently as possible. To do this we need appropriate facilities and enough chambers for their cases to be heard as quickly as possible. Secondly, this Magistrate Court Chamber may also be utilized in support of the Night Court initiative to address the backlog of cases. My Government has identified reducing backlogs in cases and the times that citizens wait to secure justice as a key priority to be addressed in all urgency. Chambers such as these are what we are doing to help address this priority,” Dr. Harris said.

In addition to the Magistrate’s Court, the edifice will also feature a state-of-the-art Law Library.

“This perhaps represents a jewel in the crown of our legal infrastructure that will benefit the legal fraternity and of course all other interested persons,” Prime Minister Harris said. “It will be a significant resource center, equipped with the latest search engines, books, and periodicals available to all stakeholders and the general public. Having such a state-of-the art facility will ease and improve the quality of legal practitioners’ work, ensuring that all citizens have accessible and high-quality legal services.”

The new Annex will house three Mediation Rooms that will be filled by a cadre of well-trained mediators working under the National Mediation Committee.

Dr. Harris said, “Mediation is often a far superior path to conflict resolution than litigation. It can reduce costs to both the interested parties and the state, and it certainly can lead to more mutually beneficial settlements. It is crucial that as an island and indeed as a country, St. Kitts and Nevis stays at the forefront of developing trends and alternative approaches to conflict resolution. This means ensuring that we have the [physical] space where it can take place and trained mediators to support those who seek it. Mediation has the added benefit of keeping litigants out of courts and reducing backlogs and waiting times throughout the legal system.”

The prime minister said his Team Unity administration will continue to invest in the improvement of the Federation’s legal system so as to ensure the rule of law is delivered efficiently and effectively.