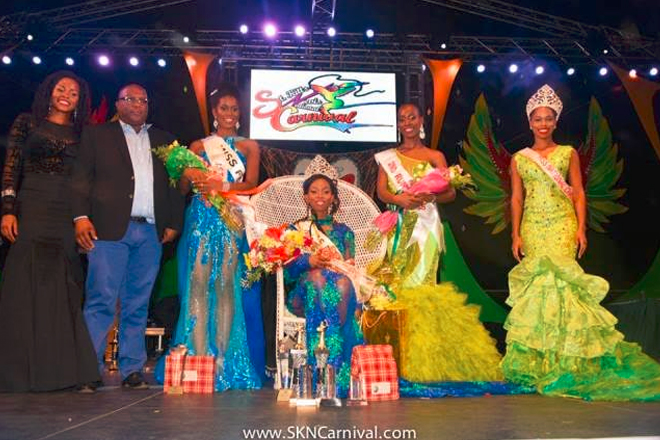 She also walked away with top points in the Evening Wear and Interview segments with 144 points and 165.5 points respectively. Additionally, she received the Miss Amity Award and the Chairperson’s Award.

During an interview immediately following her coronation, the new queen said she was “ecstatic”.

“I’m proud of myself because hard work do pay off,” she said, noting that the Interview segment was the highlight.

“I finally got to speak about my platform, Customer Service in the Cruise Sector, and I brought awareness to the people to let them know what is it I’m trying to do to improve our customer service,” she explained.

Equally as excited was the Chairperson of the National Carnival Queen Pageant Sub-committee, Violet Williams, who also spoke with ZIZ after the pageant.

She commended the contestants stating, “Tonight, the girls really put on their A game and they surprised me and surpassed what I was expecting and this evening, I just want to tell all of them congratulations because they’re queen in their own right.”

She was followed in the Second Runner-up position by Miss Carib Brewery Jahnel Nisbett, who amassed 678.5 points.