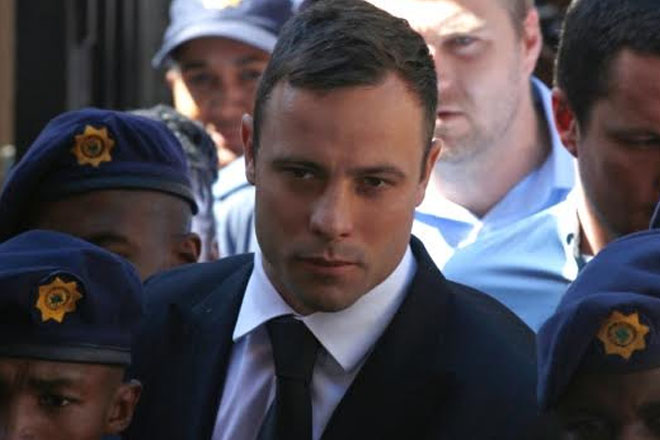 (BBC) South African Olympic athlete Oscar Pistorius has been granted bail while he awaits sentence for murdering his girlfriend Reeva Steenkamp in 2013.

Judges changed his conviction from manslaughter to murder last week. He has already served one year in prison.

Pistorius now faces a minimum sentence of 15 years’ imprisonment, if he fails in a bid to overturn his conviction.

He intends to mount an appeal at the the highest court in South Africa, the Constitutional Court.

This could see delays of many more months, says the BBC’s Karen Allen at the high court in the South African capital, Pretoria.

Now that Oscar Pistorius has been granted bail, it must have come as a huge relief that he will spend Christmas at home. Sitting in court, I was left with an impression that the judge was not interested in imposing strict conditions.

Pistorius himself looked relaxed, chatting and laughing with his legal team during the brief adjournment while the judge was considering his fate.

The double amputee’s bail application also revealed that he had enrolled to study “a BSc business with law degree” at the London School of Economics – but the university says it does not offer that degree or correspondence courses.

Pistorius indicated in court documents that he intended to lodge an appeal to the highest court in the land. This would be the very last legal avenue available for the disgraced athlete to overturn his conviction.

Pistorius can remain under house arrest at his uncle’s home until sentencing next year, and will be electronically tagged. He also has to hand over his passport.

He is currently under house arrest after spending one year of his original five-year sentence in jail.

In his bail affidavit, he said he had no income. During the hearing, his lawyer said he was only able to pay a sum of 10,000 rand for his bail.