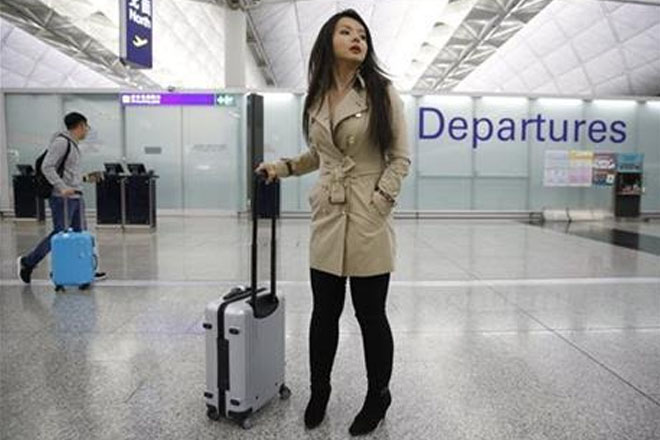 (Jamaica Observer) HONG KONG (AP) — Canada’s outspoken Miss World contestant said she was barred Thursday from entering China to take part in this year’s pageant and accused Beijing of overreach in extending its campaign of censorship even to beauty contests.

Chinese-born Anastasia Lin said she was unable to board her connecting flight from Hong Kong to the southern island province of Hainan after a Chinese official told her by telephone that she would not be granted a visa on arrival.

Lin is an outspoken critic of Chinese religious policy and a follower of the Falun Gong meditation practice, which was outlawed by China’s ruling Communist Party in 1999.

“If they start to censor beauty pageants — how pathetic is that?” Lin said in Hong Kong.

Dressed in black leggings and a belted tan trench coat, Lin was approached by several fellow travelers in the Hong Kong airport arrival hall who wanted to take her photo.

Lin, who moved to Canada from China when she was 13, told a US congressional hearing in July that tens of thousands of Falun Gong practitioners have been killed so their organs could be harvested and sold for transplants. The 25-year-old actress also plays an imprisoned Falun Gong practitioner in an upcoming Canadian movie, “The Bleeding Edge.”

Lin said that after she won the Canadian title, Chinese security agents visited her father who still lives in China in an apparent attempt to intimidate her into silence. Although she hadn’t received an invitation letter from organizers, and therefore was unable to obtain a Chinese visa, she said she decided to travel to China anyway in hopes of obtaining a visa on arrival.

After landing in Hong Kong early Thursday on a flight from Toronto, Lin was told by airline staff at check-in that she needed to speak to an official in Hainan’s provincial capital of Sanya. She said the official, who identified himself only by his surname, Chen, seemed to be attempting to verify her identify. After telling her she wasn’t eligible for a visa, the man refused to give a reason then abruptly hung up the phone, she said.

“To prevent me from even stepping into Chinese territory, I think this is what they’re trying to do. I really don’t see where this insecurity comes from,” Lin told The Associated Press. “I think that’s the real harm when people watch this and learn a negative lesson. I hope people see courage and hope in the story, not simply just being denied.”