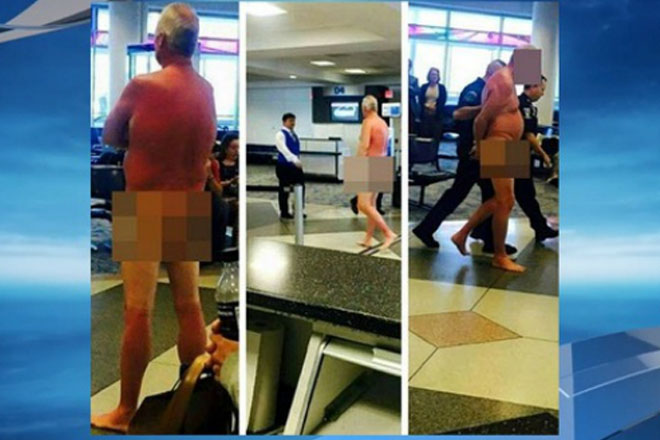 Overbooked flight to Ja leads to naked traveller at airport

Charlotte, North Carolina (AP) — After dressing down a gate agent about an overbooked flight, an angry would-be passenger apparently decided he would get undressed.

WBTV in Charlotte reports one witness says the unidentified man was trying to board a US Airways flight to Jamaica from Charlotte Douglas International Airport on Wednesday. Sherry Ketchie said the man still had his clothes on while he was yelling at a gate agent.

Soon, however, Ketchie said the man began removing clothes and saying nothing as security agents arrived to surround him. She said the man stood naked in the concourse for about an hour.

Charlotte-Mecklenburg Police said the man was taken by emergency personnel for treatment of what was termed “a medical issue” and will not face charges.