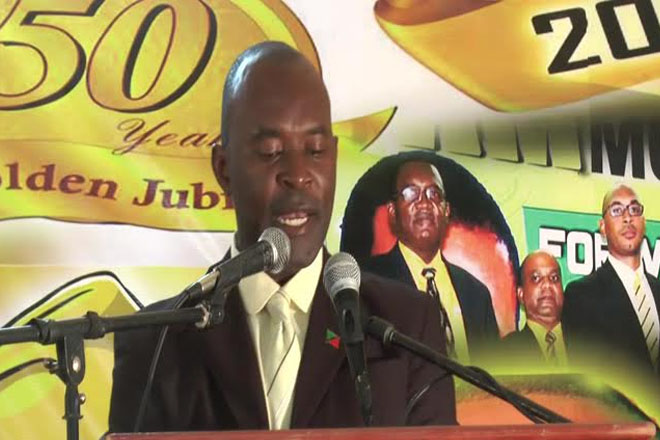 (ZIZ News) — Members and supporters of the People’s Action Movement (PAM) came together on Sunday at the party’s headquarters for the 50th Anniversary Convention.

The convention was held under the theme “Celebrating Our Legacy, Defining Our Future”.

Chairman of the PAM party, Valentine Lindsay said while the party has achieved victory at the polls, there is no time to become complacent.

“A weak PAM means a weak Team Unity. A weak and lazy PAM cannot ensure a second term for Team Unity. A disunited PAM does nothing positive for the team united in Team Unity. Yes we can celebrate our legacy but not at the expense of not defining our future,” he said.

“Team Unity is as strong as the sum of its parts and where maybe we can’t do everything, we can make sure that this part here remains strong and the stronger we become the more committed we can be to Team Unity,” he said

He also challenged the government ministers to always put the people first.