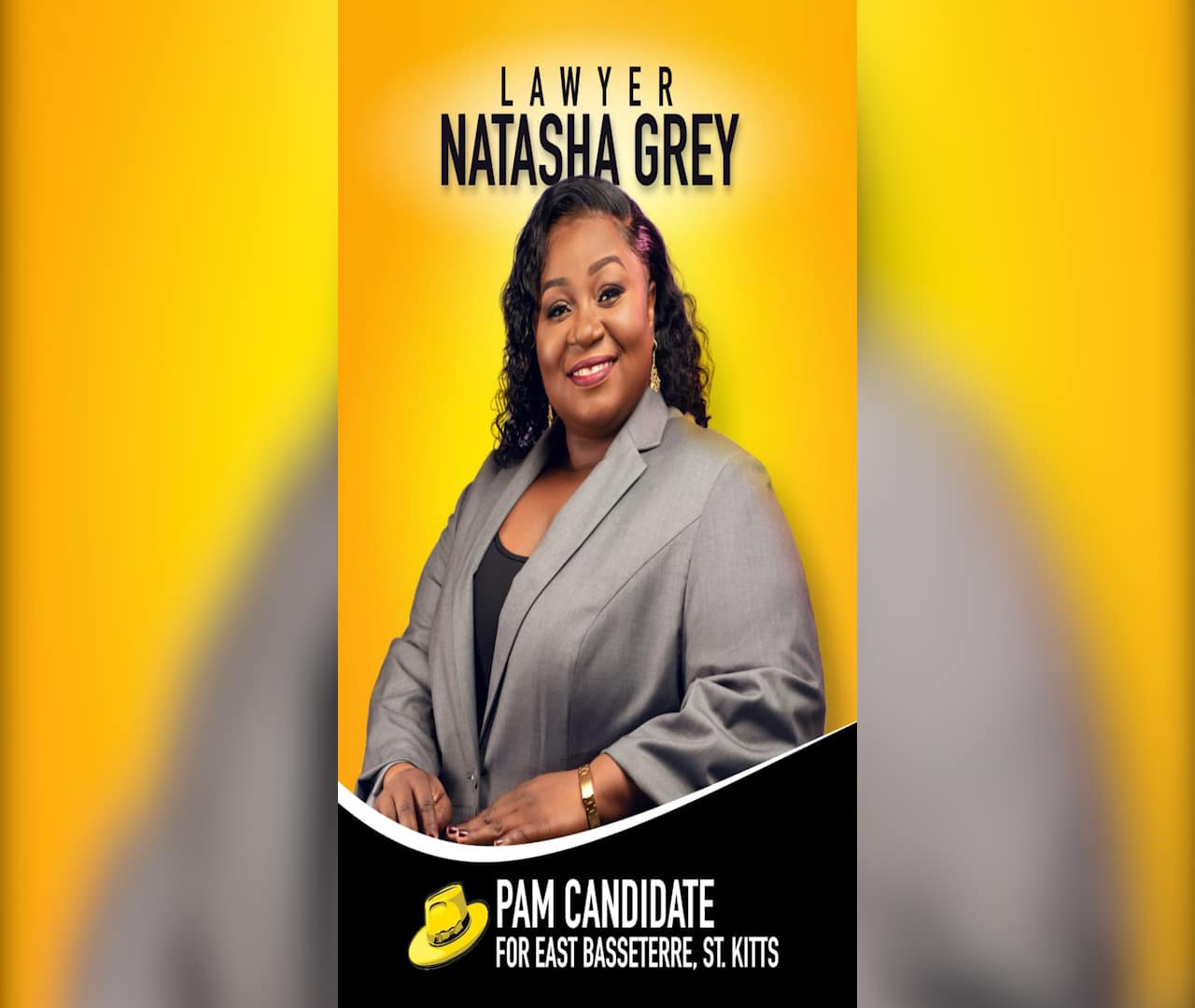 Lawyer and East Basseterre resident, Natasha “Shanny” Grey has been announced as the People’s Action Movement’s(PAM) newest candidate for constituency one, taking over from the previous candidate Ambassador Ian Liburd.

This was announced by PAM Party Leader, Shawn Richards at a press conference at the Royal St. Kitts Hotel on Monday.

Richards said after interviewing a number of applicants for the position in June, it was decided that Natasha Grey will be the next candidate for Constituency #1.

He added that he is proud of Grey’s achievements noting some of her accomplishments which include becoming an Attorney at Law and being a member of the Bar Association of St. Kitts and Nevis to her philanthropic efforts in the East Basseterre community with her book club for children.

During her remarks, Grey

Grey has become the first woman to vie for a seat in parliament for Constituency #1.