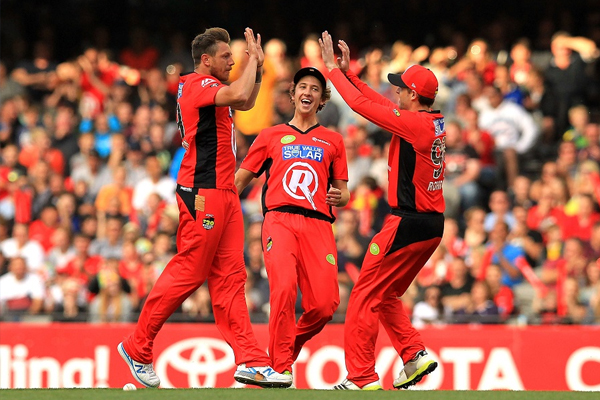 Jacques Kallis’ stumps were in disarray in first over, Michael Hussey’s defences were breached in the next and Andrew McDonald’s made it three wickets in Pattinson’s first three overs. Thunder was 3 for 31 and the recovery took too much time. It took 9.3 overs for the next four to be hit, and that was off a fortuitous inside edge from Chris Hartley. He was part of a 51-run sixth wicket stand with Daniel Hughes, who made 40 off 35 balls, but they could only push the total to 114 and prevent the side from being all out.

Renegades ensured the small target did not pose any tricks by belting 47 runs in six overs. Aaron Finch carved out 48 off 37 balls, including three fours in an over off Nathan Hurwitz, but the offspinner found some comfort when Finch picked out deep square leg in search of another boundary. Andre Russell walked out at No. 4 and blasted a six and a four off Pat Cummins to seal the match in the 14th over.