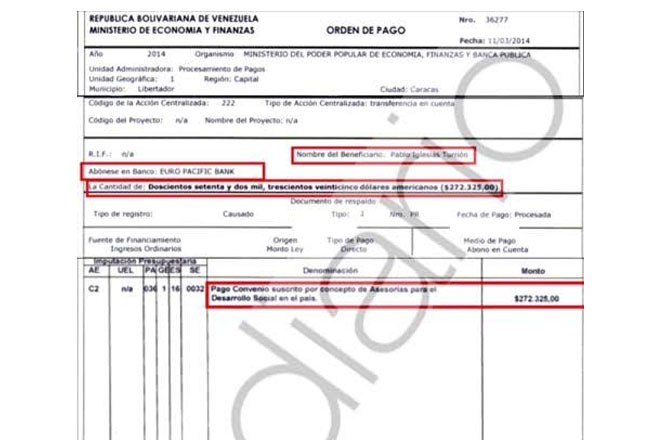 A Spanish media report that the Venezuela government has been secretly sending money to fund a left wing political party in Spain through an offshore bank based in St Vincent and the Grenadines has been denied by the bank in question but affirmed by the newspaper.

Last Friday, the Spanish daily newspaper OKDIARIO published documents that it said proved that Venezuela’s President Nicolas Maduro was complicit in making a payment of $272,325 in 2014 to Pablo Iglesias, the leader of the political party Podemos, through Euro Pacific Bank in Kingstown, St Vincent.