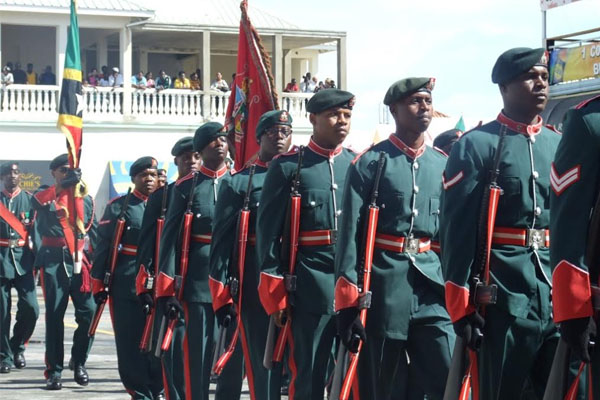 Peace and security critical to social and economic development

Basseterre, St. Kitts (CUOPM) — The pursuit of peace and stability must be a critical component of any development strategy and is an important precondition to social and economic development.

So says St. Kitts and Nevis’ Prime Minister the Right Hon. Dr. Denzil L. Douglas who noted that there must be definitive and comprehensive action to strengthen the management and operations of the security forces and bring crime under control.

“We are truly pleased in respect of the outcome of our actions, and we plan to devote even more resources to improving the infrastructure, the equipment and technology, the level of management and technical training, and the overall conditions of work of the Security Forces,” said Dr. Douglas.

He added his Government is also very supportive of the Police Cooperative Credit Union, which this year is celebrating its 30th Anniversary.

“This institution which was founded through the hard work and vision of Messrs. Felix Hodge and Stanley Franks, has grown from strength to strength over the years,” said the Prime Minister.

He noted that at its first Annual General Meeting, its total assets were about $30,000 and it is now over $30 million and has become an important source of funding for its members.

Dr. Douglas, who has the Defence Force and Police noted that Peace and Stability is not just about the work of the Security Forces.

“It is about how we relate to each other as citizens and residents of our proud Federation, our respect for Law and for our Constitution, and the extent to which we hold on to our democratic traditions that have served us so well over the years,” the prime minister said.