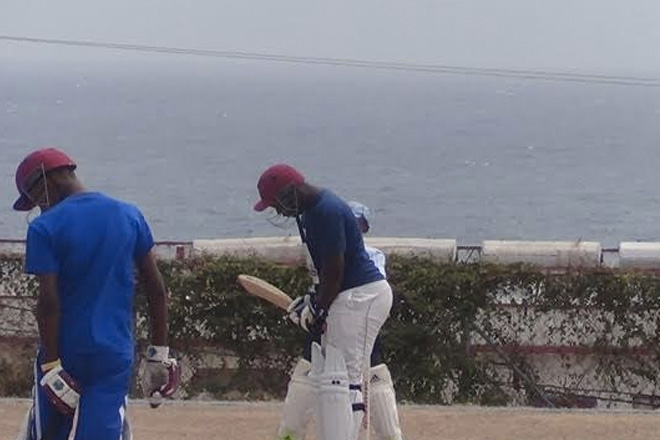 Sports Page — It was the Peter Charles show. The powerfully built right-handed batsman from the VOJN Primary School took center stage on Tuesday in a match versus the Maude Cross Preparatory school.

Patrice Nisbett for the MCPS won the toss and elected to send the home team in to bat first.

They got an early wicket, but after that it was the Peter Charles show. The strongly built batsman pulled, hooked and stroked his way to 48 in just 4 overs, before he was trapped lbw.

He had taken his team to 59 at the end of the fourth over but by that time, the opposition was already wilted in the field.

The final score was not immediately available up to press time but sufficing to say the MCPS team had no real answer to the imposing total posted by the home team.

This now effectively sets up what should be an exciting finals encounter for the grand finals slated for this coming Friday between VOJN and the Charlestown Primary school.

According to Carl Tuckett, there are a couple of preliminary matches remaining and those will be played as certain players may still be able to achieve certain personal milestones.