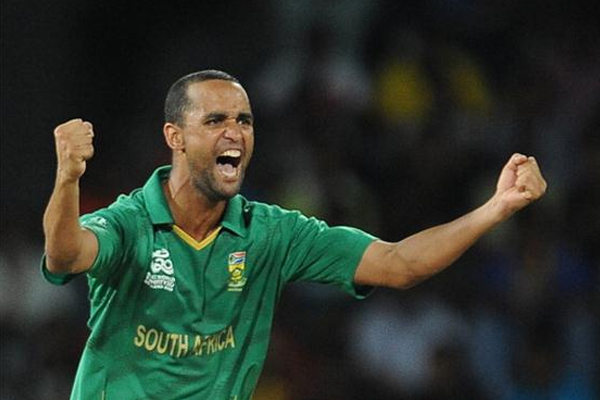 Sports Page — Stiaan van Zyl will make his Test debut against West Indies after he was named as JP Duminy’s replacement for the Centurion Test. The squad includes two uncapped players in Lions’ duo Temba Bavuma, a top-order batsman, and Kagiso Rabada, the young seamer who was part of South Africa’s World Cup winning Under-19 outfit earlier this year, and the recalled Robin Peterson.

Peterson is the only specialist spinner in the squad, which is without Dane Piedt, who is recovering from a shoulder injury, and Imran Tahir whose Test career could be in decline after he was dropped. Peterson was not part of South Africa’s traveling party to Sri Lanka or Zimbabwe but was given an international lifeline in the recent limited-overs tour of Australia and will now be back in whites as well. Peterson has played one Test against West Indies before, in 2003-04 when Brian Lara took 28 runs off him – the most expensive over in Test cricket at the time.

There was no room for last season’s second-highest wicket-taker in the first-class competition, off spinner Simon Harmer, or any of the other reserve batsmen. Farhaan Behardien, David Miller and Rilee Rossouw were all overlooked in favour of van Zyl.

Convener of selectors Andrew Hudson confirmed van Zyl will play, albeit out of position at No.7, but may only get one game. Duminy is expected to be passed fit at some point in the series and was targeting the Boxing Day Test for a recall.