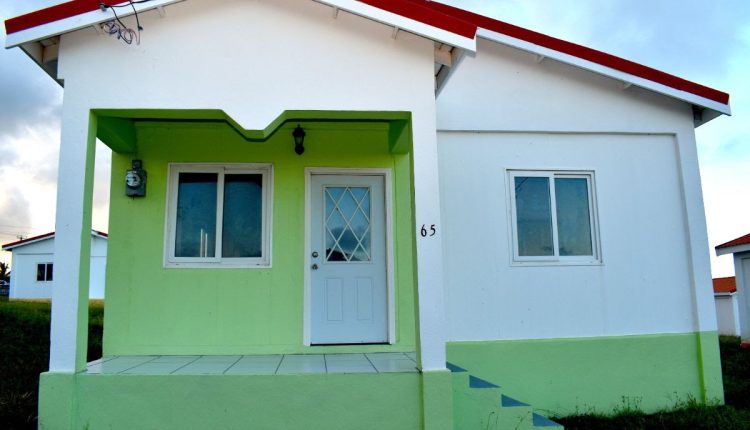 Petrocasas Houses To Be Handed Over On Friday, February 18

BASSETERRE, St. Kitts, February 16, 2022 (Press Unit in the Office of the Prime Minister) – Plans are in the advanced stages for the official handing over of the first set of Petrocasas houses located in Mansion village.

The new homeowners are expected to receive their keys during a ceremony scheduled for Friday, February 18, 2022, at 4:00 pm.

This comes just two weeks after the Government, through the National Housing Corporation (NHC), distributed twenty homes to residents of the Stapleton community in St. Peter’s.

Friday’s ceremony will feature remarks from Prime Minister Dr. the Honourable Timothy Harris, the Parliamentary Representative for the area, and Minister of Human Settlement, the Honourable Eugene Hamilton.

Chargé d’ Affaires Ad Hoc of the Embassy of the Bolivarian Republic of Venezuela, His Excellency Marco Antonio Guzmán Adrian is expected to bring greetings on behalf of his government.

The Petrocasas houses were donated to the Government of St. Kitts and Nevis by the Bolivarian Republic of Venezuela, under the Petrocaribe arrangement.

Petrocasas, which literally translates to oil houses, are constructed from by-products of Venezuela’s oil refining industry. PVC panels are fitted together on a concrete base then filled with concrete, steel, and iron girders to make the petrocasas.