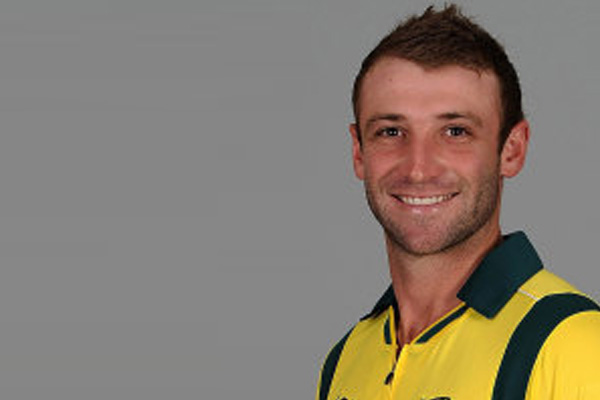 Phillip Hughes has died as a result of the injuries he sustained when struck by a bouncer on Tuesday, Cricket Australia has confirmed. He was 25.

“It is my sad duty to inform you that a short time ago Phillip Hughes passed away,” Dr Brukner said. “He never regained consciousness following his injury on Tuesday. He was not in pain before he passed and was surrounded by his family and close friends.

“As a cricket community we mourn his loss and extend our deepest sympathies to Phillip’s family and friends at this incredibly sad time. Cricket Australia kindly asks that the privacy of the Hughes family, players and staff be respected.”

Players, coaches and other friends had been in and out of St Vincent’s Hospital in Sydney throughout Wednesday and Thursday, visiting Hughes and supporting his family, and each other. Australia’s captain Michael Clarke, a close friend of Hughes’, had been at the hospital until after midnight on Wednesday night and returned at about 6am on Thursday.

Also keeping vigil at the hospital were the Hughes family, including his mother and sister, who had been at the Sheffield Shield match between South Australia and New South Wales on Tuesday when Hughes was struck by the bouncer while batting on 63. At a press conference at St Vincent’s Hospital on Thursday afternoon, Clarke read a statement on behalf of Hughes’ parents Greg and Virginia, and brother and sister Jason and Megan.

“We are devastated by the loss of our much-loved son and brother Phillip,” Clarke read. “It has been a very difficult few days. We appreciated all the support we have received from family, friends, players, Cricket Australia and the general public.

“Cricket was Phillip’s life, and we as a family shared that love of the game with him. We would like to thank all the medical and nursing staff at St Vincent’s Hospital and Cricket NSW medical staff for their great efforts with Phillip. We love you.”

James Sutherland, the Cricket Australia CEO, said that Hughes was an incredibly talented and dearly loved member of the Australia, South Australia, Adelaide Strikers and formerly New South Wales sides. He described Hughes as “a rising star whose best cricket was still ahead of him”.

“But was Phillip as a person that we will miss most,” Sutherland said. “He was a classic example of his country upbringing – humble, understated and hard working. When the chips were down or he had a setback he simply got on with the job and worked harder. He set a wonderful example to any young person seeking to make their way in life.

“The word tragedy gets used far too often in sport but this freak accident is now a real-life tragedy. Just shy of his 26th birthday, Phillip has been taken from us far too young. It’s an understatement to say that we are completely devastated. Our grief runs deep and the impact of Phillip’s loss is enormous but nothing compares to the loss felt by those closest to him.

“Phillip was a cherished son, brother, friend and team-mate. In these darkest of hours cricket puts its collective arms around the Hughes family. To his parents Virginia and Greg and siblings Megan and Jason we offer our love and endless support.”

On Tuesday, Hughes was playing for South Australia against his former state New South Wales when he missed his attempted hook and the ball struck him on the neck below the helmet. He underwent surgery on Tuesday after being rushed to hospital from the SCG, and was then in an induced coma.

Hughes played 26 Tests for Australia and scored three centuries, and he appeared a strong chance to win a recall for next week’s first Test against India at the Gabba, with Clarke expected to be ruled out due to injury. Hughes first emerged as an international cricketer on the 2009 tour of South Africa, where at the age of 20 in Durban he became the youngest man ever to score two centuries in a Test.

He scored 26 first-class centuries and was a prolific scorer for New South Wales, for whom he had debuted at the age of 18, and later for South Australia. Hughes had been part of Australia’s most recent Test squad, for the series against Pakistan in the UAE, but he was not called on to play a Test in that series.