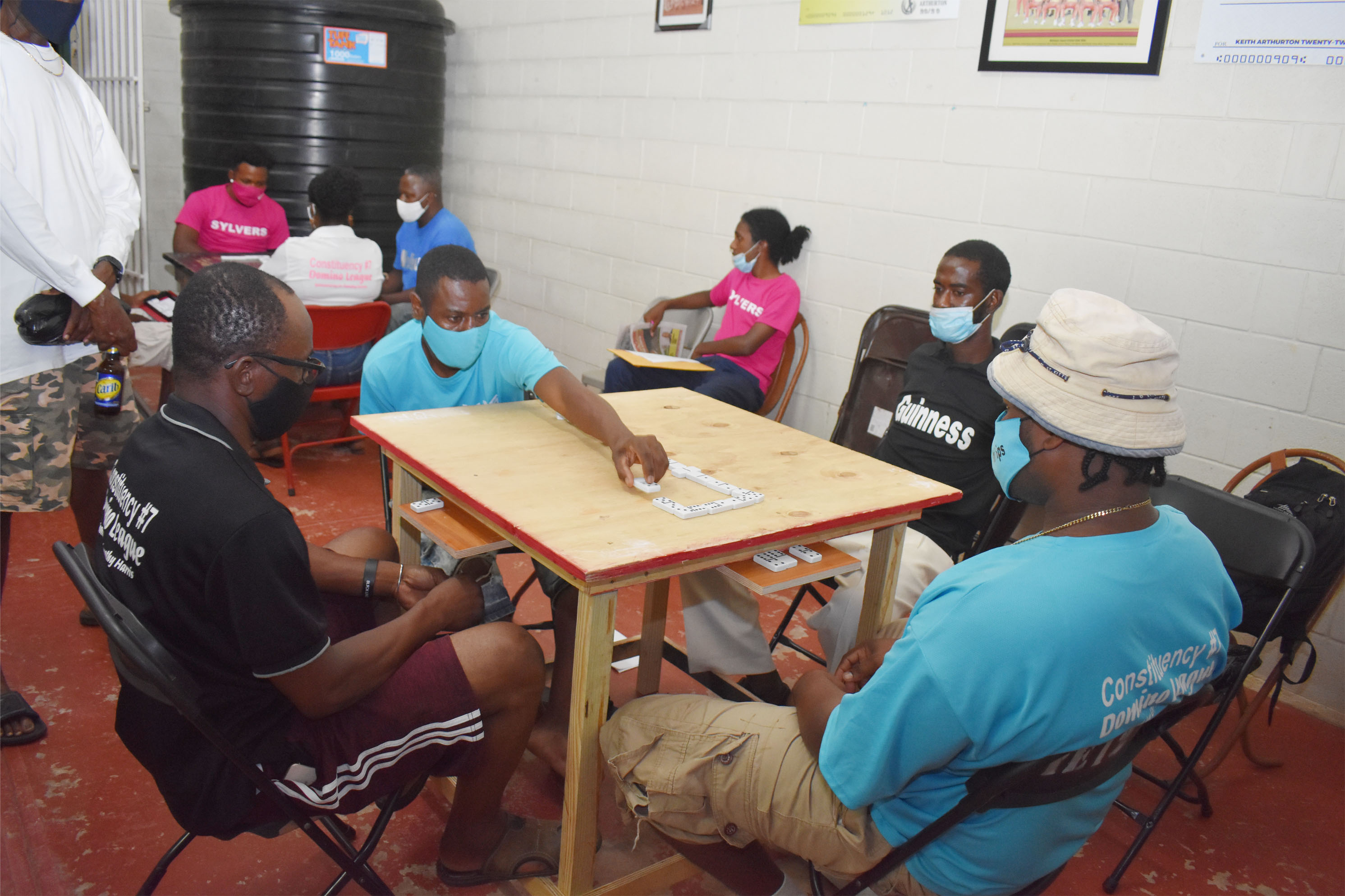 At the Edgar Gilbert Sporting Complex pavilion in Molineux, Phillips Domino Club opened on a sour note having lost the opening game to their opponents Guinness Domino Club, but what happened after that left the beer-themed club reeling not knowing what would have hit them.

The second game played at the Edgar Gilbert Sporting Complex pavilion in Molineux, though not as dramatic, also sent shock waves as front runners Sylvers Domino Club ended up losing a game that was theirs for the taking.

Wife and husband team of Captain Octavia Huggins-Sewell and Shaquille Sewell were in their elements as the propelled their team to a 9-2 lead after they won back to back two games where their opponents scored not a single point, which earned them two bonus games.

But things drastically changed when Molineux Domino Club players slammed brakes on Sylvers players with Captain Ericson ‘Wixie’ Wescott and his opposite player Cuthbert Sharry winning game after game only allowing Sylvers two games in the bargain. They went ahead to seal their win with three bonus games courtesy of their achieving 100 points before their opponents earned a single point on three occasions, to carry the day with a 13-11 win.

Defending champions Tabernacle Domino Club who lost in their last outing proved that the loss to Sylvers Domino Club was a mere misadventure by bringing down a former champion team, Unity Domino Club, 13-9 in a game played at Cuban Bar in Lodge Project.

At the end of the third segment of play in the 26th edition of Constituency Number Seven Dr the Hon Timothy Harris Domino League, preliminary point standings have it that Saddlers leads with 13 points, followed by five clubs each with 12 points – defending champion team Tabernacle, Parsons, Christ Church, Sylvers, and Unity.

The fourth segment of play in this only round of play in the 26th edition of Constituency Number Seven Dr the Hon Timothy Harris Domino League will be on Thursday, October 7 at the same four venues with all games starting at 7:00 p.m.

Tabernacle Community Centre will host the games between defending champion team Tabernacle and Phillips, and Parsons and Christ Church. The Edgar Gilbert Sporting Complex pavilion in Molineux will host games between Mansion and Molineux, and Ottley’s and Saddlers.

The old Lodge Community Centre in Lodge Project will be the venue for the Lodge vs. Unstoppable, and Unity vs. Sylvers games, while the final game between Small Corner Bar and Guinness will be held at Cuban Bar in Lodge Project.

Statement On The Passing Of Former President Of The SKNFA Mr. Anthony Johnson