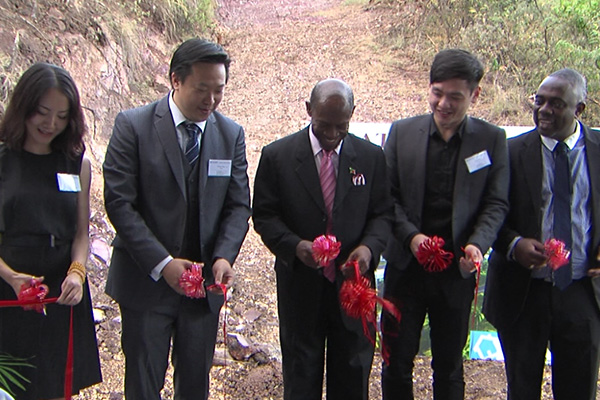 (ZIZ)— The sod was officially turned by the developers and St Kitts and Nevis’ Prime Minister to signal the start of construction on the Pirates Nest Development.

Pirates Nest, which is being developed by T-Loft Property Development, is a condominium project that will be located at C.A Paul Southwell Drive at Frigate Bay.

He says, “We are committed to bringing more tourists to this island because this island is full of natural things which are very beautiful in terms of the weather, the beautiful sky and also the people here are very friendly.”

The Prime Minister was quoted as saying, “T-Loft Development has decided to join Ross University; Golden Rock Commercial Park; Christophe Harbour; Imperial Bay; Koi Resorts; Ocean’s Edge; Silver Reef; Marriott Residences; Park Hyatt; Pelican Bay Resorts and so many others who have decided that St Kitts is place in which the skills to transform one’s development dreams into reality becomes a reality.”

He added that the Pirates Nest “will eventually develop to be a magnificent, attractive condominium project that will add capacity to the hotel development program of St Kitts and Nevis.”

At the end of the construction, the Pirates Nest Condominium project will feature a total of 246 units.