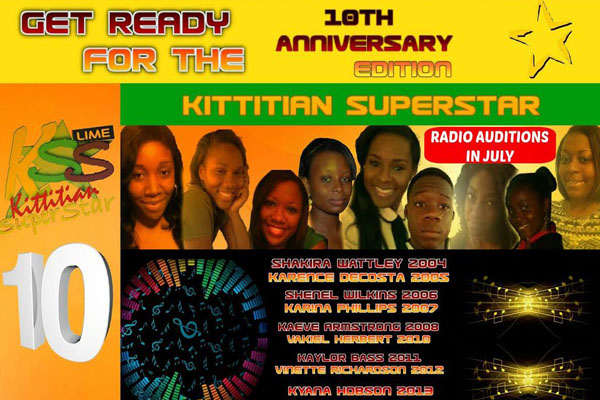 She said plans are progressing smoothly for the staging of the competition, now in its 10th year.

Auditions are scheduled to begin on ZIZ Radio on Tuesday 29th and Wednesday 30th at 4:30 p.m. with host St. Clair “Chico” Guishard.

“The sing-offs begin in August but the first step is the radio auditions…persons can call into ZIZ Radio and audition for the competition. We will be selecting sixteen contestants this year to compete, eight on Tuesday and eight on Wednesday.”

The competition is open to the general public and is expected to amass a very impressive following as in past years.

Ms. Henry explained that there will also be cash prizes up for grabs this year.

“We have some tangible prizes. We have a cash prize of $2,500 and the winner will also get a music video done by Tru Capo. Also our sponsors will be giving other prizes so it’s a big package.”

The ZIZ LIME Kittitian Superstar sing-offs are schedule to begin in August.