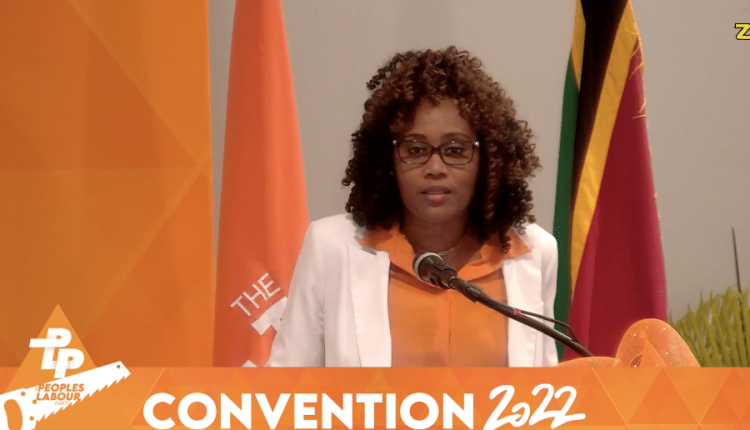 Basseterre, St. Kitts, March 21, 2022 (ZIZ) — The People’s Labour Party has launched a series of events in the coming week as the lead-up to the party’s National Convention next weekend.

The announcement was made at a Press Conference on Wednesday at the Royal St. Kitts Hotel.

The National Convention is set for the 26th of March and during the press conference the party revealed the theme “Delivering for the people”.

Ahead of the convention, the week of activities includes a Health Walk and a Youth Concert.

The activities begin with a Health Walk on Saturday 19th March at 6:00 a.m. from Belle Vue to Ottleys.

The first Convention Church Service will take place on Sunday 20th March at the Rivers of Living Waters Christian Centre starting at 9:00 am.

The Next activity is the PLP Youth Concert on Friday 25th March at 7:00 pm at the Newtown Football Field.