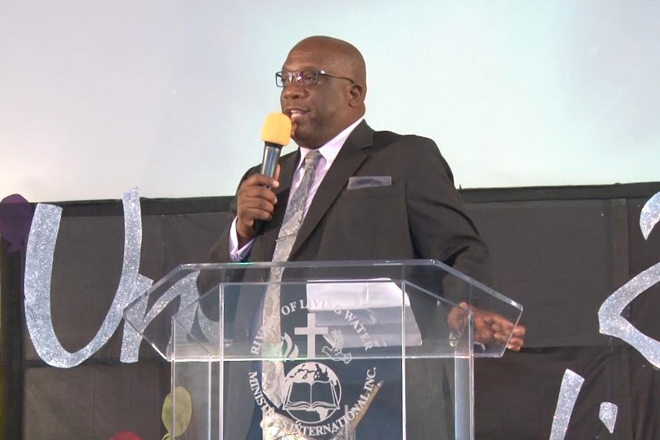 (ZIZ News) — Prime Minister Dr. The Hon Timothy Harris took time out on Sunday morning to join with the Rivers Of Living Water Christian Centre in celebrating their 21st anniversary.

A special service was held at the church at Lime Kiln where the Prime Minister addressed the congregation and congratulated the church on reaching that milestone.

And while he commended the church on the work they have done so far he also challenged the members to take a stand and play their role in the fight against crime.

“We have work even to encourage the members of the church at this particular time when our society seems to be engaged in a spiritual battle where young men and young women are engaged in criminal activity in a scale which we must reject and condemn. We still have to go within our churches and ask our church people to take the lead,” he said.

The celebrations are being held under the theme “Unction To Function”.