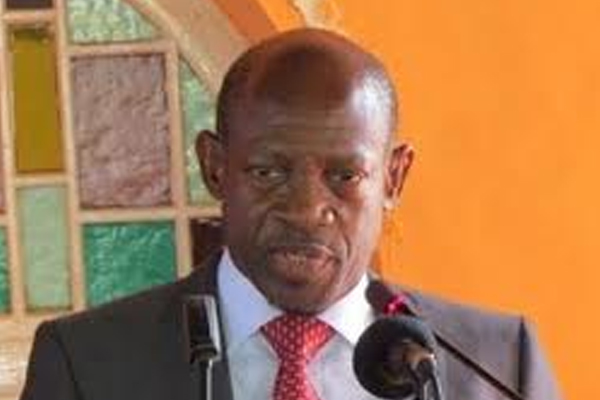 ZIZ News — The swearing in ceremony of the new Antigua and Barbuda Cabinet took place on Wednesday in the presence of high ranking officials from across the region and supporters of the Antigua/Barbuda Labour Party.

Among those present was Prime Minister the Right Hon. Dr. Denzil Douglas, who, in accepting the invitation to speak at the ceremony, commended the citizens of the country for re-electing the Antigua and Barbuda Labour Party.

“Today, I praise and applaud the Antigua and Barbuda Labour Party, its comrade supporters, its members and its leadership. You waged a long and determined battle to recapture the hearts and minds of Antiguans and Barbudans at home and abroad and all others who voted.”

Prime Minister Douglas encouraged residents there to fully support the new prime minister and his cabinet and expressed his unwavering commitment to working with Prime Minister Gaston Browne.

He said “I as prime minister of St. Kitts and Nevis am committed to working with him both within CARICOM as well as on a bilateral basis to advance the interest of our two nations and indeed to advance the interest of our region. I say to Prime Minister Gaston browned, St. Kitts and Nevis, the government of which I am leading: we stand ready to receive a delegation from you here so that we can show you how we are doing it and you then will do it better.”

Prime Minister Douglas also said the St. Kitts- Nevis Labour Party which he leads, is a sister organization of the Antigua/Barbuda Labour Party and as such he can be depended upon for support and exchange of ideas that will move forward the progressive agenda of the Caribbean region.