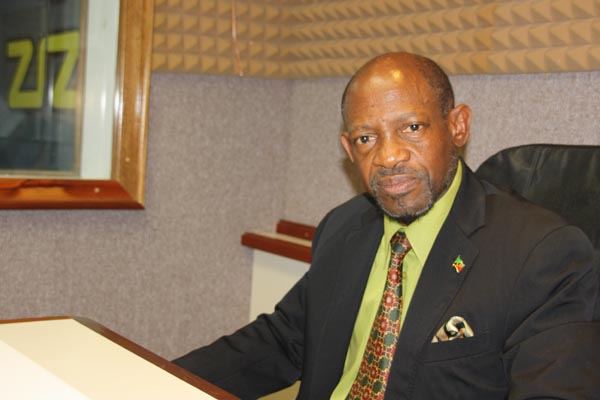 Basseterre, St. Kitts (CUOPM) – The people of the sister island of Nevis have been urged not to allow them to be used by the opposition People’s Action Movement (PAM) in St. Kitts.

Prime Minister the Rt. Hon. Dr. Denzil L. Douglas was at the time responding to a Nevisian caller during Tuesday’s edition of “Ask the Prime Minister.”

The St. Kitts and Nevis leader was also severely critical of the so-called Unity Concept by three of the political parties in St. Kitts in which the 48-year-old People’s Action Movement (PAM) and the 26-year-old Concerned Citizens Movement (CCM) being led by the less than six-month old PLP.

The caller reminded Nevisians to remember the bad treatment meted out to the people of Nevis by the PAM Administration of Prime Minister the Rt. Hon. Sir Kennedy A. Simmonds.

“The people of Nevis must come to recognize that they should not allow PAM to use them, use them again. I remember the days when I’m sure the Right Excellent Sir Simeon Daniel had to cry when the PAM government bounced the checks that were to be paid to Nevisian civil servant when they could not get paid,” recalled Prime Minister Douglas.

“People, remember those days. The people of Nevis must not allow PAM to use them. PAM is a non-entity political party and if PAM had any sense they would of realized that replacing Hon. Shawn Richards of the with the (PLP’s) Hon. Dr. Timothy Harris is a joke. Replacing their own leader, Hon. Shawn Richards with the Hon. Dr. Harris is a joke,” said Prime Minister Douglas, who said although he does not want to get into the political business, added:

“I imagine how Sir Kennedy must be feeling to see that the PAM party that he created.”

“Look at where (PAM) has come where they can’t even find their own leader. They had to go into Labour camp to find a leader to lead PAM. The whole thing is a joke. It’s a farce. It is what you call a political mash up,” said Dr. Douglas.

He reiterated: “PAM is trying to use Nevis now to get back into power, because its leadership is too weak and the party has become discredited. Its supporters have no hope for a PAM government on its own, so they holding on to some pie in the sky UNITY concoction which will not work.”

Dr. Douglas said the PAM party needs to reassess itself and jokingly added: “pay me some money to be a consultant and let me tell you what to do to reorganize yourself and bounce back some time maybe in 2035.”