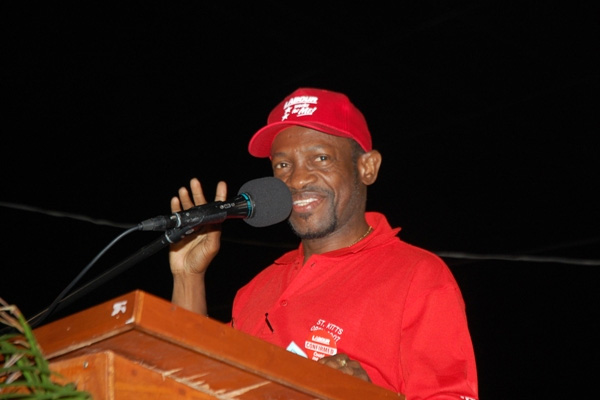 Basseterre, St. Kitts (CUOPM) — St. Kitts and Nevis’ Prime Minister the Rt. Hon. Dr. Denzil L. Douglas Tuesday gave nationals who live overseas and who are registered to vote that they will to exercise that right under the Constitution of the twin-island Federation.

Responding to a question during his weekly radio programme “Ask the Prime Minister” from a female caller Dr. Douglas said the government will ensure that supporters of all political parties will vote where they are registered.

He added: “The Constitution allows that, and the government will do all within its power to facilitate that constitutional right which you have. Nobody can stop you, and don’t worry with them, while they are trying to discourage you, when they were up there in New York a few weeks ago, from coming home to vote, they are making private arrangements to bring their people home to vote, so don’t be fooled and don’t be intimidated either. All overseas voters, whether you are PAM, Labour, CCM or NRP you have that constitutional right to vote where you are registered to vote here.”

Dr. Douglas pointed out that supporters of his St. Kitts-Nevis Labour Party must be vigilant and warned that opposition parties are themselves making plans to fly in their supporters to vote.

“Don’t worry with them, they will be defeated as they have been defeated four times in the past. They cannot stop you from exercising your right to vote. They cannot stop you. This is a country of law and order. You have a constitutional right to vote, and no one can stop you from voting,” said Prime Minister Douglas, the National Political Leader of the governing St. Kitts-Nevis Labour Party.

Dr. Douglas, a 25-year veteran parliamentarian was first appointed as Prime Minister in July 1995 and is seeking an unprecedented fifth term in office.