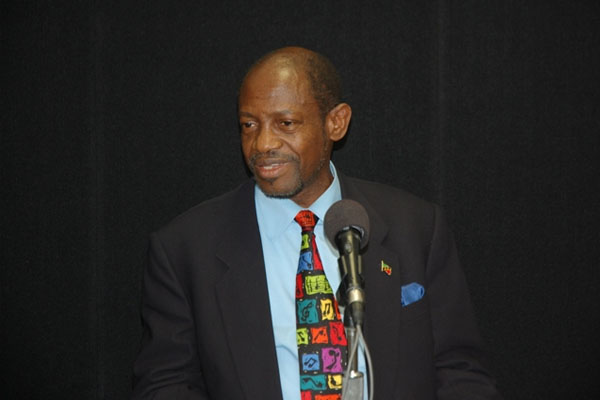 Basseterre, St. Kitts (CUOPM) – St. Kitts and Nevis’ Prime Minister the Rt. Hon. Dr. Denzil L. Douglas on Monday dismissed efforts by opposition legislators in his country to petition regional leaders into forcing him into debating a motion of no confidence against his administration.

Prime Minister Douglas, who is in St. Vincent to attend the 25th Inter-Sessional of the CARICOM Heads of Government told Caribbean Media Corporation (CMC) while there is |no question about calling an election in the twin island federation as being demanded by the opposition, there was a correct way in which that could be achieved.

He accused former senior government minister Dr. the Hon. Timothy Harris, who be booted from the Cabinet over a year ago, of being overly anxious to become head of government without following the proper procedure, even when he was a member of his ruling St. Kitts-Nevis Labour Party (SKNLP).

Prime Minister Douglas said Harris in his quest for power had connived with the opposition “through the motion of no confidence to bring the leadership of the Labour party to an end and allow that leadership to pass on to him. Of course he failed.

“The democratic way of doing that is to contest the leadership of theLlabour Party and then of course, if possible, become the prime minister of the country. Failing to do that he has brought to some extent, quite a bit of unnecessary rancour on himself because of his continued quest to become the prime minister of St. Kitts-Nevis without going through what would be the normal procedures of the party.”

Dr. Douglas was also critical of the strategy being adopted by the opposition in picketing the private workplace of the Speaker the Hon. Curtis Martin in a bid to force him to put the motion of no confidence on the Order Paper.

Prime Minister Douglas told CMC that the decision to picket the private office of the speaker, not only brings about some confusion among the population, “but again it would appear it is an attempt to create unnecessary attention because as I said, his uncontrolled quest to become the prime minister of St. Kitts and Nevis”.

Prime Minister Douglas said his administration would continue to await the court ruling on the motion filed by the opposition legislators in their bid to get the Speaker to get the motion of no confidence on the Order Paper.

Harris insists that the High Court ruled there were no impediments preventing the Speaker from having the motion.

Asked by CMC why he just doesn’t end the situation and call the general elections as being demanded by the opposition, Dr. Douglas replied “no, with respect it is not as easy as that.

But he said just a few days before the budget was due to be debated, the opposition took the matter to the court.

“You know there is a fundamental principle where there is a separation of powers. The court, the judiciary is separate from the parliament, it is separate from the executive… and as a result of that we believe that a flaw was introduced by the opposition in attempting to have the court force the Speaker to enlist on the Order Paper the matter of the motion of no confidence.

“That’s what has really delayed the entire thing. The court brought by the opposition itself in order to force the hand of the Speaker in having the matter placed before the parliament at their own convenient.

“It doesn’t work like that,” Douglas told CMC’s Peter Richards.