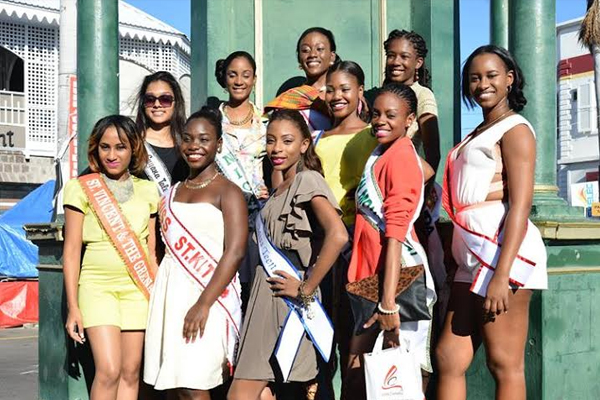 Later this evening the Prime Minister will crown the winner during the pageant at National Carnival Village. The show starts at 8 p.m.

On Monday, the Caribbean teens were hosted to lunch at Manhattan Gardens by Mr. Konris Maynard, the youthful St. Kitts-Nevis Labour Party candidate for West Basseterre.

Newly appointed Chairperson Mrs. Akilah Nisbett has revealed that there will be some noticeable changes to the Pageant for this year’s milestone marking the 35th Edition

“This pageant is known around the Caribbean as “the” pageant which allows our younger most talented ladies to express themselves at a very high standard. Our emphasis is on talent and intelligence, they are the main focus of our show and as such carry the most points. We are very proud of the development of this pageant so far and we recognize that it is a major event throughout the entire Caribbean,” the newly appointed Chairperson told a media house.

She added that the Caribbean Teenage Pageant is a pageant which not only the people of St. Kitts and Nevis look forward to but also persons of other far reaching countries and are very proud of how much it has grown.