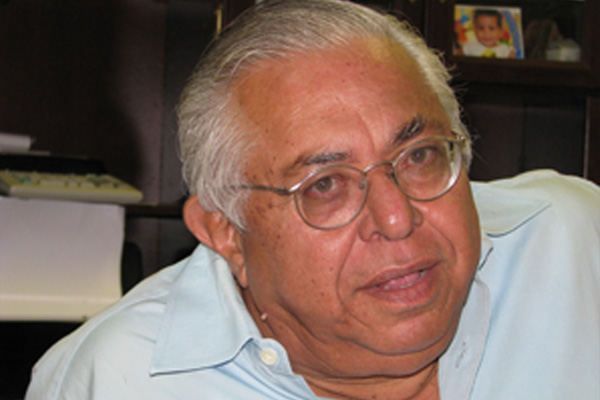 “Within the space of just over 50 years, he oversaw the massive expansion of his family’s original business from that of a general store to a widely diversified corporate phenomenon known today as The Rams Group of Companies,” said Prime Minister Douglas in a statement expressing sadness and extending sincere condolences to the family of Mr. Kishu Chandiramani on behalf of the Government of St. Kitts and Nevis.

Dr. Douglas noted that in addition to his many corporate involvements, Mr. Chandiramani contributed to the society in which he lived in a range of ways.

“His companies were reliable sponsors of various athletic activities; they contributed to educational and religious institutions; he was a major contributor both to the Eye Clinic at the J. N. France General Hospital as well as to the Endoscopic Unit at the Alexandra Hospital in Nevis. The Basseterre Senior High School Library, the Nevis Red Cross, and the Science Laboratory at the St. Theresa’s Convent School can all attest, as well, to his generosity and to his contributions’ impact on their ability to meet their respective objectives and mandates,” said Prime Minister.

He further noted that beyond his involvements in his own businesses and the charitable works already mentioned, Mr. Chandiramani also maintained active – and indeed leadership – roles in such organisations as the St. Kitts-Nevis Chamber of Industry and Commerce, and the St. Kitts-Nevis Hotel and Tourism Association, among others.

“In light of his many years of service to our Nation, my Government was most pleased to have Mr. Chandiramani, during our first term in office in 1999, be awarded an MBE (Member of the British Empire),” Dr. Douglas recalled, adding:

“The death of Mr. Chandiramani is most certainly the end of an era. However, though his body may be no more, unmistakable evidence of his having lived – or, more specifically, of his having lived in this Federation – abounds. To that extent, his impact continues beyond his mortal life.”

“May this fact, at this difficult time, bring strength and comfort to his wife, children, and other relatives. And may his soul rest in eternal peace,” Prime Minister Douglas concluded.