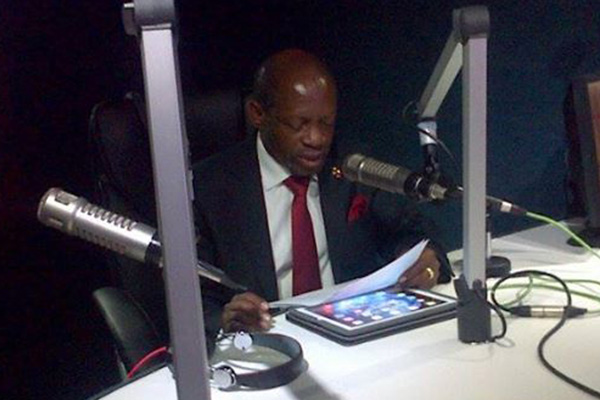 Prime Minister Douglas in a statement of Freedom FM 106.5’s “Good Morning St. Kitts and Nevis” with EK recalled that the issue was first raised by a member of the media during his monthly press conference on Wednesday.

“I explained, in response, that Premier Amory had formally personally contacted me about this matter only on Wednesday morning when the questioned was being asked, and that I had assured him that I would do everything in my power to assist the people of Nevis, and indeed the Nevis Island Administration itself,  as I have in the past. And so, I am once again making this point abundantly clear – not only to the people of Nevis, but indeed to the Federation at large,” said Prime Minister Douglas.

He used the opportunity to point out that under the St. Kitts and Nevis Constitution, the Nevis Island Administration is responsible for the payroll of public servants in Nevis that is the payment of salaries, pensions and wages of public servants.

“The Federal Government is not responsible for the payment of salaries wages and pension of the salaries in Nevis,” said Dr. Douglas, who indicated that as Prime Minister and as a national of the Federation, “we are one people.”

“And it is this oneness that caused me to commit to Premier Amory on Wednesday to do all in my power to assist, as I have in the past, and will, in the future,  again. This is the way I have always functioned as Prime Minister of the Federation,” said Dr. Douglas.

Prime Minister Douglas wished that Premier Amory had alerted him earlier to the real difficulty that his CCM-Nevis Island Administration was experiencing regarding payment of salaries to public servants.

“He had done this on earlier occasions, when crises just as severe were being faced, and I have always responded with openness, understanding, and swift action,” said Dr. Douglas, who recalled that when he was in Nevis last week Wednesday, Colin Dore could indicated then that he was the acting financial secretary and he indicated that he was experiencing some difficulties for the month of April.

“I ask him if he had communicated this with the financial secretary and he said he had done so. I know presently and I said this to Amory on Wednesday that the Financial Secretary of St. Kitts had prepared a document which will be brought to the Cabinet on Monday for consideration and I will do my best as I always done as the chairman of the Federal Cabinet to move my other colleagues in support of any assistance that we can provide to the people of Nevis,” said Dr. Douglas.

“Regrettably, however, and for reasons I do not understand, I was informed of this crisis by Premier Amory only on Wednesday – the very day when salaries had been collected, when people have gone to their bank account and had recognize that they could not retrieve their salaries,” said Dr. Douglas, who reiterated that had Premier Amory only alerted him to his Government’s inability to meet certain responsibilities.

“Yes he said that he was away and only came back the day before but those are the facts I was inform by him only on Wednesday morning. I committed to do all in my power to assist at that time, and to that I have remained true – as much for the NIA, as for the people of Nevis and in particular the public servants of Nevis and the pensioners those who are working hard to serve the interest of the people of Nevis those pensioners who have worked hard have give dedicated service for years until they reach retirement I will continue to ensure that I remain true to my own pledge and commitment to assist because they need support and assistance,” said Prime Minister Douglas, adding: “this is in keeping with all that I have stood for throughout my years as Prime Minister.  And this is not about to change now despite the usual blame game that is usually given to me and to us.”