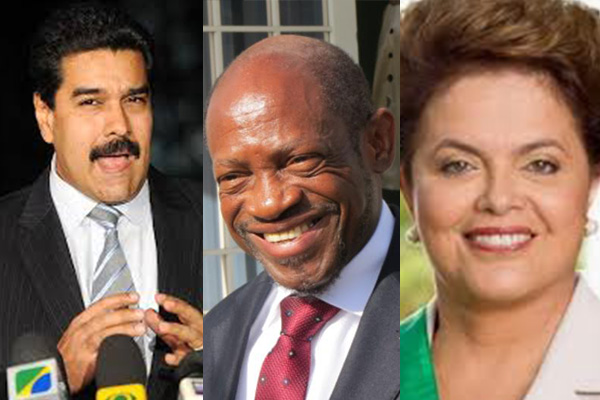 Basseterre, St. Kitts (CUOPM) – St. Kitts and Nevis’ Prime Minister the Right Hon. Dr. Denzil L. Douglas was expected to meet with the Presidents of Venezuela and Brazil during the margins of the Second Meeting of the Community of Latin America and Caribbean (CELA) in Havana,Cuba.

Dr. Douglas in his meeting with the President of Venezuela, His Excellency Nicolas Maduro, will formally express his government’s concern over the recent destruction by fire of the Venezuelan Embassy in Basseterre.

The St. Kitts and Nevis leader was expected to give the Venezuelan president the assurance that local security personnel have been instructed to increase surveillance of all embassies and missions in the federation.

He was also expected to give President Maduro the assurance that the St. Kitts and Nevis authorities will ensure that the perpetrator or perpetrators are brought to justice and that to date one person has been charged for the offence.

Prime Minister Douglas was also expected to meet with the President of Brazil, Her Excellency Dilma Rousseff, to discuss the Partial Scope Agreement in order to bring closure to the ongoing negotiations.

Test of Standards and end of year secondary schools’ common examinations, will not be…