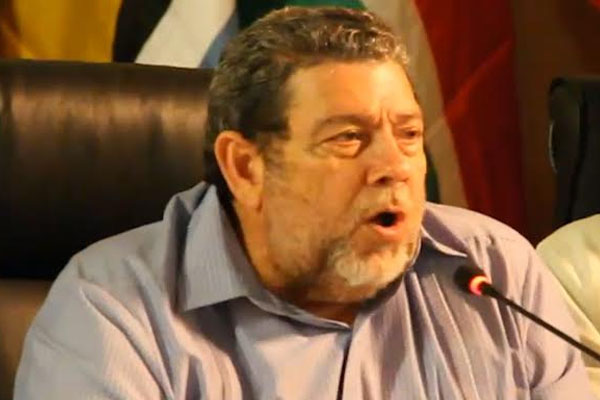 ZIZ News — St. Vincent and the Grenadines Prime Minister has said that Dr. Timothy Harris is setting a bad example for his UNITY coalition by associating with ‘losers.’

Dr. Ralph Gonsalves was referring to the fact that rather than seek an audience with him as Prime Minister and Chairman of CARICOM, Dr. Harris chose to align himself with three-time defeated St. Vincent and the Grenadines Opposition leader Arnhim Eustace.

Dr. Gonsalves said that if one wants to have the image of success, then one should associate with those who have been successful.

“He came to St. Vincent and he didn’t ask whether he can speak to the chairman of CARICOM,” he said. “He chose to go to speak with the leader of the Opposition, of a party that had lost the last three general elections. Well if he wants to associate with political failure and he wants to succeed in that context I would’ve thought that if he wants to have the image of success associate with people who are successful, not with those who have failed”