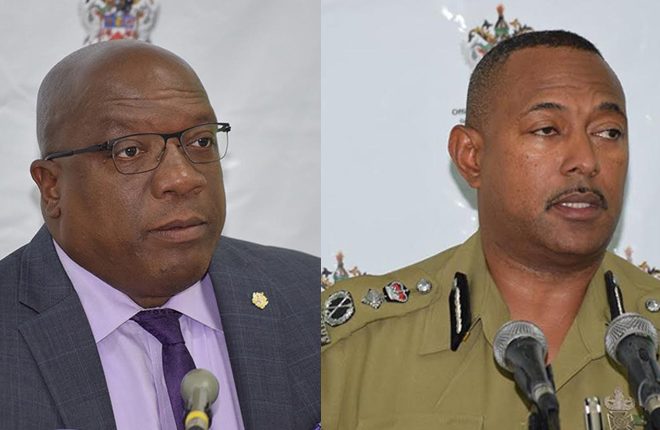 (Press Unit in the Office of the Prime Minister) – As the Government of St. Kitts and Nevis continues to implement measures and programs geared towards the reduction of crime and violence, Prime Minister Dr. the Honourable Timothy Harris says society, including the family unit, must play a greater role in ensuring there is no hiding place for criminals.

Prime Minister Harris, speaking on Wednesday (May 10th) during his monthly press conference, said society must “rise to a higher level of engagement and support, in order to rid this country of the scourge of violent crime – gun violence in particular and criminality in general.”

Dr. Harris stated that, “We need a clear and consistent message to be sent to the criminals that there will be no protection by their family, their neighbours, the churches, the media, by businesses and political entities. Indeed, there is no hiding place.”

In an interview with the Press Unit in the Office of the Prime Minister on Thursday, May 11th, 2017, Commissioner of Police Ian Queeley said police are aware that there are some families in St. Kitts and Nevis that harbour relatives who they know are involved in criminal activities.

Prime Minister Harris, who also serves as Minister of National Security, further stated that, “Those who see the crime must report it and, yes, they must be assured that their confidentiality will be protected.”

In that regard, the Police Commissioner reassured members of the public that the Royal St. Christopher and Nevis Police Force takes the issue of confidentiality seriously. He added that members of the public can also send anonymous tips to the Crime Stoppers Program [1-800-8477] on any criminal activity.

Dr. Harris also reminded the general public of the existence of a Crime Reporter App that was introduced on Wednesday, February 15th, 2017 as part of the Government of St. Kitts and Nevis’ e- Government initiatives.

Prime Minister Harris also said that, “None of us can afford to sit on our laurels while our people suffer from violent onslaughts.”