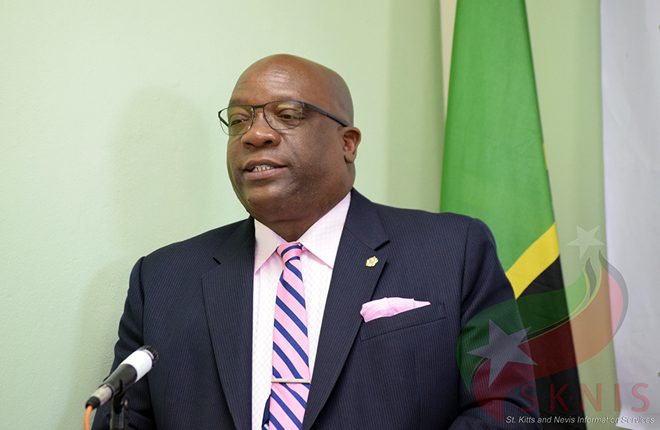 (Press Unit in the Office of the Prime Minister) – The Prime Minister of St. Kitts and Nevis, Dr. the Honourable Timothy Harris, has publicly blasted the failed attempts made by Leader of the Opposition, the Right Honourable Dr. Denzil Douglas, to undermine the Federation’s economy.

The honourable prime minister made several startling revelations during his press conference on Tuesday, February 1, 2018, claiming that the opposition leader went to extreme lengths in several attempts to deter investments in the Federation.

“When we came in, the Opposition Leader had encouraged the owners at Heldon’s [Estate Hotel and Residences] in St. Paul’s not to do anymore investments in this country. In fact, last month or thereabout he went on a private jet with them to Dominica to encourage them to discontinue their investment in this the country that he should loyally serve,” Prime Minister Harris disclosed.

According to Prime Minister Harris, the opposition leader’s endeavours to undermine growth and progress in the country were again demonstrated when he attempted to block further investments in the country by Mr. John Zuliani, who is the President of Trans-Americainvest (St. Kitts) Limited/Royal St. Kitts Hotel.

He added, “The Leader of the Opposition encouraged John Zuliani to go to Dominica to invest when the government changed. I intervened and I stopped that and that is why John Zuliani went on to deliver the plaza out there at Frigate Bay, and there are three other projects that I said to him he must deliver because this country has been good to the Zuliani’s.”

“The man that scandalized the country was a man who holds a passport which identifies him as a Dominican, and when you thought that he had some sort of altruism, there was none. It is that he had an investment in Dominica in a 341-room facility in Dominica.”

Dr. Harris stated that the successful intervention, as well as the strong confidence in his Team Unity-led Government, has ensured the continued roll out of several projects that were started under the former administration.

“A number of the projects, yes, which were started under them [former administration] picked up speed and have delivered more and better because they had greater confidence in this Team Unity administration,” the prime minister said. “Look at the transformation of T-Loft over there in Frigate Bay – it was an eye sore. It was action by this government that led to the expedition of a greater quality product there at T-Loft in Frigate Bay.”

Dr. the Honourable Timothy Harris said he is immensely proud of the record of the Team Unity Government in just three years in office.