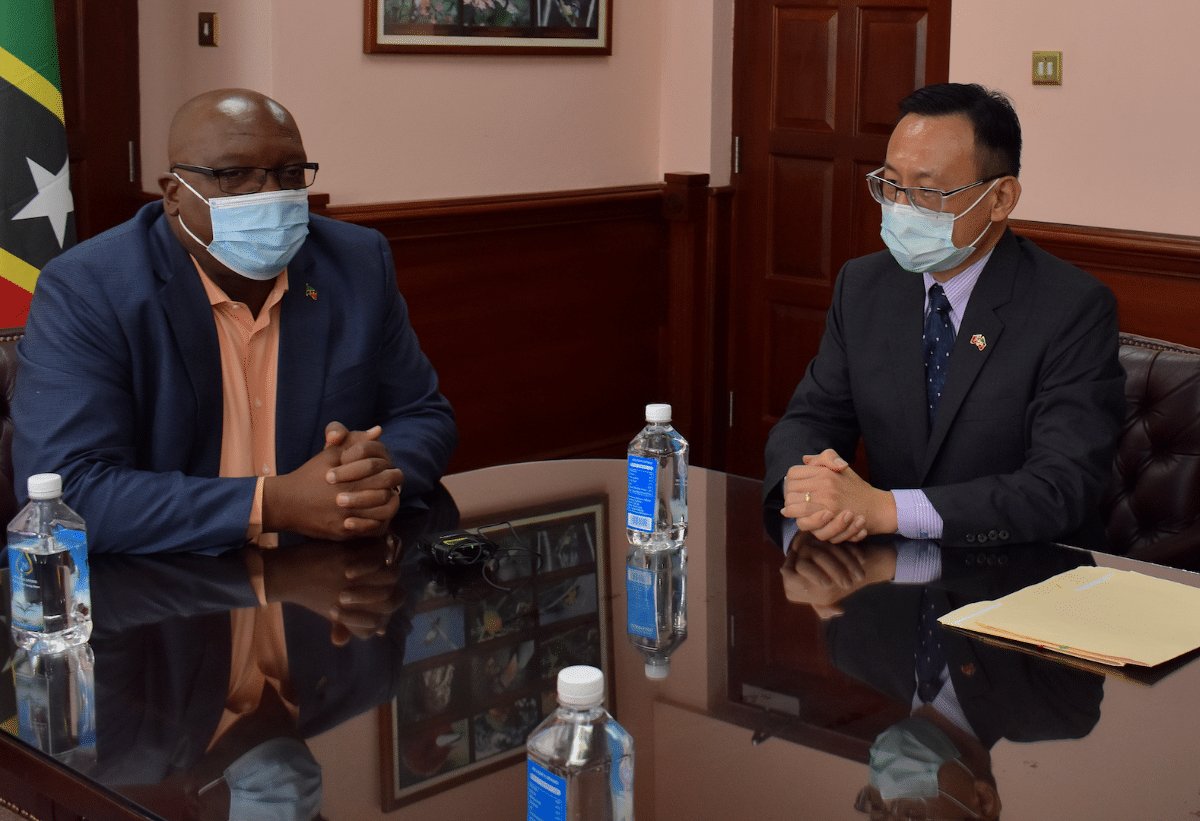 PM Harris Congratulates H.E. Michael Lin On His Ascension To The Post Of Ambassador To St. Kitts And Nevis

BASSETERRE, St. Kitts, August 27, 2021 (Press Unit in the Office of the Prime Minister) – Prime Minister Dr. the Honourable Timothy Harris used the opportunity of a brief handing over ceremony this morning (Friday, August 27) to personally congratulate His Excellency Michael Lin on his ascension to the post of Ambassador of the Republic of China (Taiwan) to the Federation of St. Kitts and Nevis.

His Excellency Michael Lin was appointed Ambassador to the Federation in late June of this year and has since been busy engaging in a number of events and activities that have fostered even closer ties between the two friendly nations.

“I offer congratulations to the new Ambassador of Taiwan, Michael Lin, and to wish him well as he starts his tenure in an elevated capacity as the distinguished Ambassador of the Republic of China (Taiwan) to St. Kitts and Nevis,” Prime Minister Harris said.

Dr. Harris continued, “Michael has been with us for quite a while and so he comes to this position perhaps better prepared in terms of local knowledge of the communities that he will serve as he goes about his mandate on behalf of his Government and people. So, my congratulations again to him and every good wish.”

The prime minister was at the time speaking at a ceremony where the Ambassador presented a financial grant to the Government of St. Kitts and Nevis that will go towards the roll out of the Government’s social infrastructure.

Prime Minister Harris commented that he was particularly pleased that so early in Ambassador Lin’s tenure “we are able to fulfill another important commitment on behalf of the Government and people of St. Kitts and Nevis.”

Since assuming the post, Ambassador Lin has presented his credentials to His Excellency the Governor General, Sir S.W. Tapley Seaton, and Minister of Foreign Affairs, the Honourable Mark Brantley.

His Excellency Michael Lin has also taken part in Prime Minister Harris’ monthly Health Walk through Constituency Seven and participated in a signing ceremony between his Government and the Solid Waste Management Corporation for a Solid Waste and Recycling Project that is aimed at reducing waste, enhancing sustainability, and promoting a healthy environment.

Earlier this month, the new Taiwan Ambassador handed over 20 brand new Oxygen Concentrators to the Ministry of Health from the Government of the Republic of China (Taiwan) and also participated in a walkthrough at the site of the Pinney’s Beach Recreational Park Project, which is a collaboration between both governments.