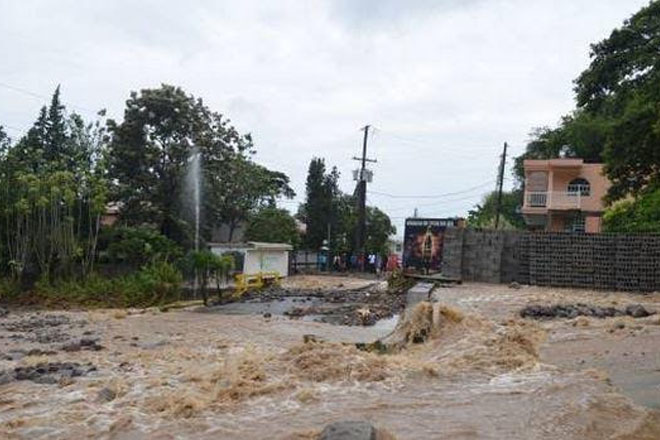 Basseterre, St. Kitts (SKNIS) — St. Kitts and Nevis Prime Minister Dr. the Honourable Timothy Harris has expressed solidarity on behalf of the nation to the government and people of the Commonwealth of Dominica as the country mourns the loss of lives and recover from damages caused by the passage of Tropical Storm Erika overnight Wednesday and Thursday morning August, 27.

Prime Minister Harris also advised him that, “St. Kitts and Nevis stands ready to offer whatever support we reasonably can to assist in their recovery and return to normalcy.”

In addition, to expressing support to the government of Dominica, Prime Minister Harris has also been in contact with business and education leaders in Dominica.

News and weather outlets are reporting that Dominica received more than 15 inches of rainfall from the slow moving storm. The resulting rains caused overflowing rivers and mudslides. One airport was reported to be under water, streets have been flooded, and damage to roads and other infrastructure have been reported by news agencies in Dominica.