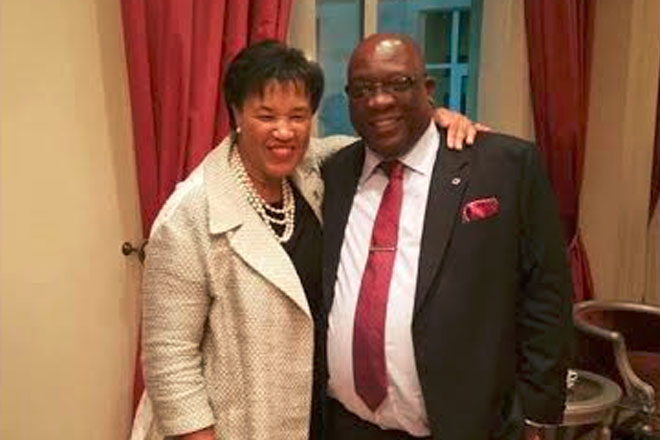 Dr. Harris, according to a release from the St. Kitts and Nevis Information Service, also hailed Baroness Scotland as one who has “a broad global view” which he says is needed to lead the Commonwealth in a new era when solutions are required to critical problems.

ZIZ News understands that Her Excellency Baroness Scotland is the first woman and first United Kingdom citizen to ever be elected Secretary-General of the Commonwealth by leaders of the 53 nation bloc.

Her election came on the first day of the 24th Commonwealth Heads of Government Meeting being held in Valletta, Malta from November 27-29.